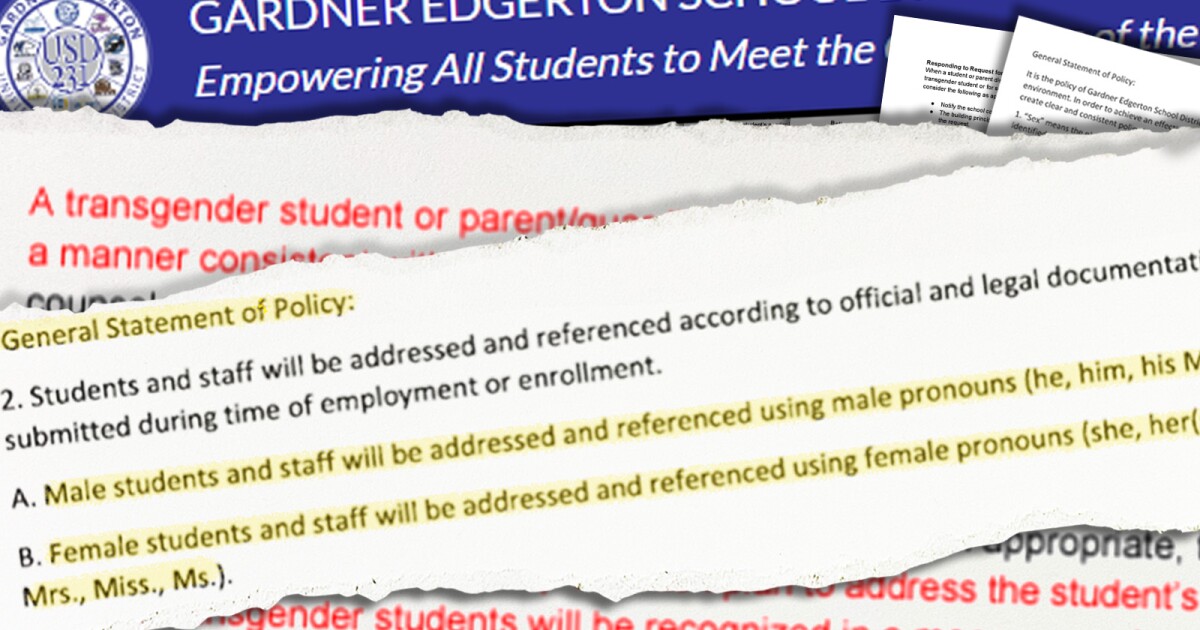 A controversial policy for transgender students drew dozens of parents to the Gardner Edgerton school board meeting on Monday night.

A new proposal was under discussion following a split plan introduced in July which would have required students to use the name, pronouns and toilets that match the gender on their birth certificates.

Former and current students in attendance on Monday said the proposed policy did not go far enough to protect transgender students.

“You are putting my friends in danger. You put the people I care about in danger. Students know what they need, and that is acceptance. If they can’t have it at home, they need it at school,” said Elizabeth Fiedler, a senior at Gardner Edgerton High School.

The revised policy would still require students to use the washroom or locker room that matches their “assigned sex at birth” or use a unisex facility. However, it also indicates that staff should address students by the name and pronouns they prefer.

Under this direction, a transgender student or parent should notify an administrator or district counselor that they wish to be recognized in a manner consistent with their gender identity. It would also require parents of students under 18 to be notified, unless the district decides otherwise after consulting with its attorney.

Prior to the meeting, the ACLU of Kansas said the policy was not sufficient to provide teachers and staff with guidance on how to handle a situation where a student does not want their identity disclosed to their family.

“Revealing a student’s sexual orientation or gender identity to their parents may lead to those students being physically abused or expelled from their homes,” the ACLU said in a letter to the school board.

ACLU also warned the board that the policy could violate federal anti-discrimination laws and the equal protection rights of students. He noted that there are no state or federal laws that require schools to require students to use restrooms or locker rooms that match their sex assigned at birth.

Beyond the legal concerns, several parents, teachers and community members also told the board that the proposed policy could further alienate and harm the mental health of transgender students, who are already facing higher suicide rates.

Still, other parents have come out in favor of the board’s original proposal, which would also have included discipline for students who violated its policies. Some parents have also expressed concerns that teachers or administrators may not be required to disclose their child’s gender identity.

“We need to have a base of trust with the staff and teachers who have so much influence on our children. A policy that allows or encourages teachers to hide things about my child is unacceptable,” said Melissa Hershey, a mother of two sons in the district.

After more than an hour of public comment, Superintendent Brian Huff said the board is looking to create “a safe and welcoming environment” for students.

Huff said developing a final policy will be a long process and will include more input. The board did not vote on a policy at Monday’s meeting, but is working on a survey to send out to staff on the issue.