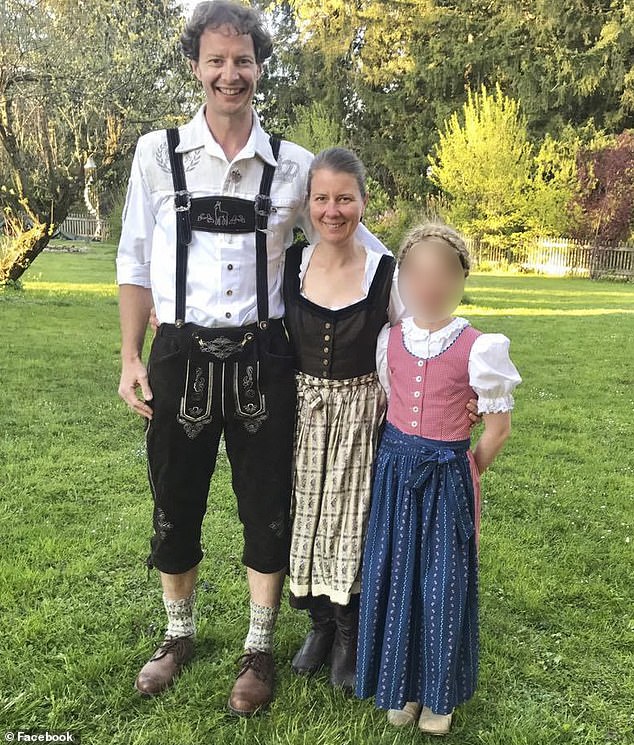 Why school in Bowral, NSW refused to tell pupils their teacher had died of Covid

A school refused to tell its young pupils that their teacher died suddenly from Covid because his death was too ‘sensitive’ to be dealt with in class.

Shocked colleagues rushed to pay their respects to the beloved Bowral Public School teacher, whose family had moved from Norfolk Island to the southern highlands of New South Wales just a month earlier.

“Michelle was all around me today as I was teaching her class. She is so loved. You are so loved,’ wrote a former work colleague from Norfolk Island Central School, where Ms Hayes worked for 12 years.

‘Michelle was one of the most special – her warmth, kindness and integrity [was] evident in every interaction. She will be so deeply,” said another.

Bowral Public School principal Chris Beard said it was more appropriate for the parents of Ms Hayes’ pupils to inform them of her death “as they see fit”.

Michelle Hayes, 46, mother of two (pictured center with her husband Ben) died of Covid on February 16 – two days after testing positive for the virus on Valentine’s Day

“Pupils were not informed at school, such a sensitive topic should be handled by parents as they see fit,” Ms Beard said.

“Teachers were briefed off-site in a private setting with support available from myself, our Director of Education and the Senior Educational Psychologist.

“Due to the confidentiality and sensitivity of this matter, we felt that a note for students to take home would not be appropriate.”

Ms Hayes’ husband Ben said he could not see any visitors and was still in self-isolation after being deemed a close contact with his wife.

‘I tried to think what to say. I can’t do her justice – She was everything to me. Everything – and just like that she left,’ her husband Ben Hayes said in a flurry of raw emotion on Facebook.

“The best part of me is gone and now I have to be mum and dad and I will never be as fabulous as she was. 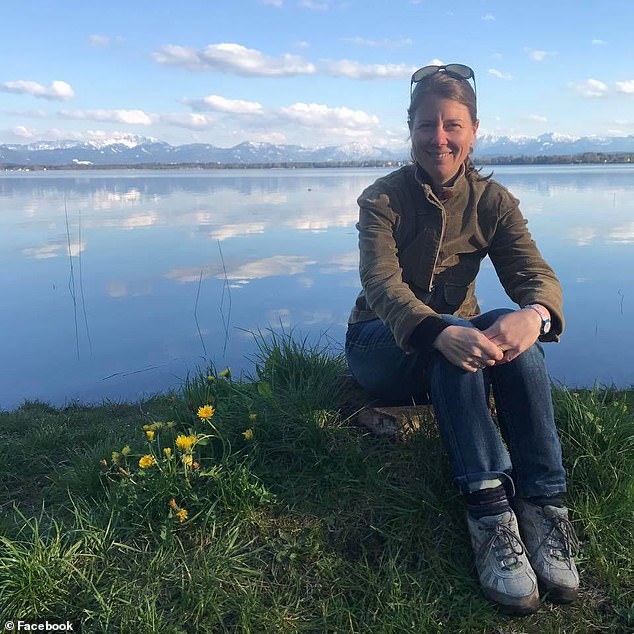 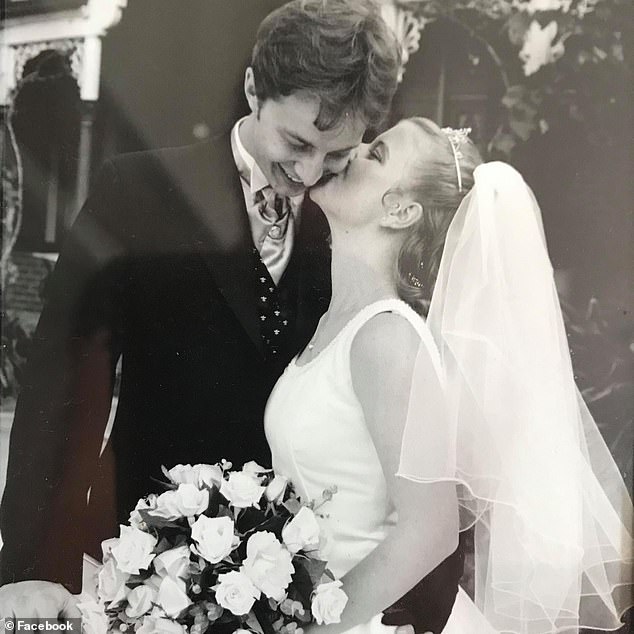 Ben Hayes posted a series of heartbreaking messages to and about his beloved wife Michelle on Facebook this week (pictured, the Hayes on their wedding day) 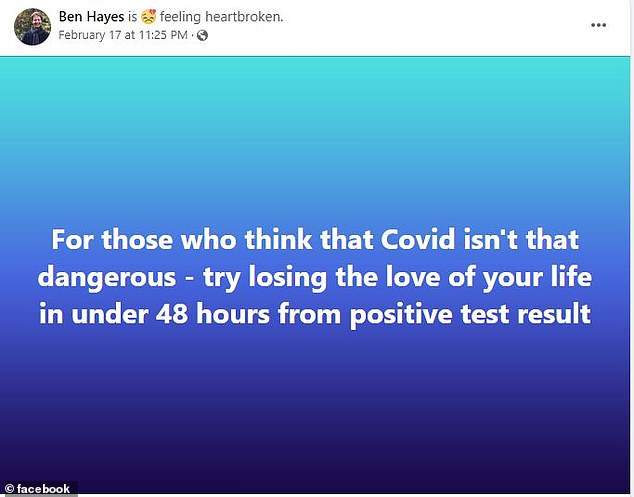 ‘For those who think Covid isn’t that dangerous – try to lose the love of your life within 48 hours of a positive test result,’ Mr Hayes wrote

“No one can currently come home as we were still in iso – please don’t – we’re even keeping my mum away… I’d seriously smash if anyone else got it . 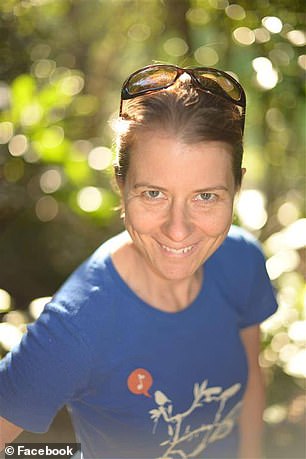 ‘Please don’t call yet. I can’t cry anymore. I have never known such limitless grief. ‘

Mr Hayes reminded others not to take Covid lightly and to suffer like his family.

“For those who think Covid isn’t that dangerous – try to lose the love of your life within 48 hours of a positive test result,” he said.

The Hayes had brought their two children from Norfolk Island, which had no Covid cases until December 30, in January.

They had just started teaching at Bowral Public School.

Mr Hayes shared the shocking news of his wife’s death on Wednesday.

‘To all the beautiful people who meant so much, so much to my most beloved wife, in Norfolk, Australia or overseas and especially to all of her students, it is with a broken heart that I let you all know that Michelle died absent this morning after testing positive for Covid on Monday,’ he posted.

‘Although Michelle was only a pint in size, her passion for all things demanded triple the space on this earth. Every person who engaged with Michelle came away a better person, such was her presence’ , said a grieving friend.

“It was obvious to everyone who had been in your company that you were kindred spirits,” another friend wrote to Ben Hayes. 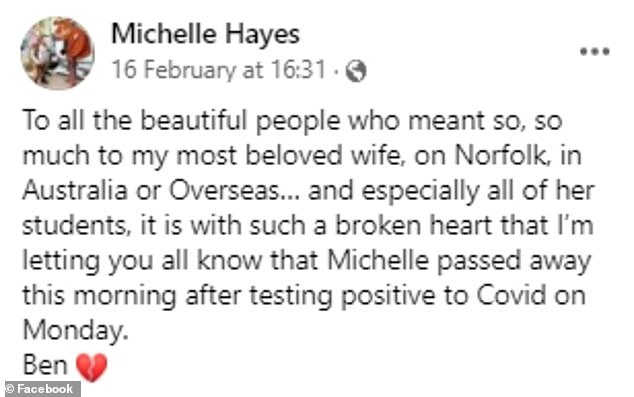 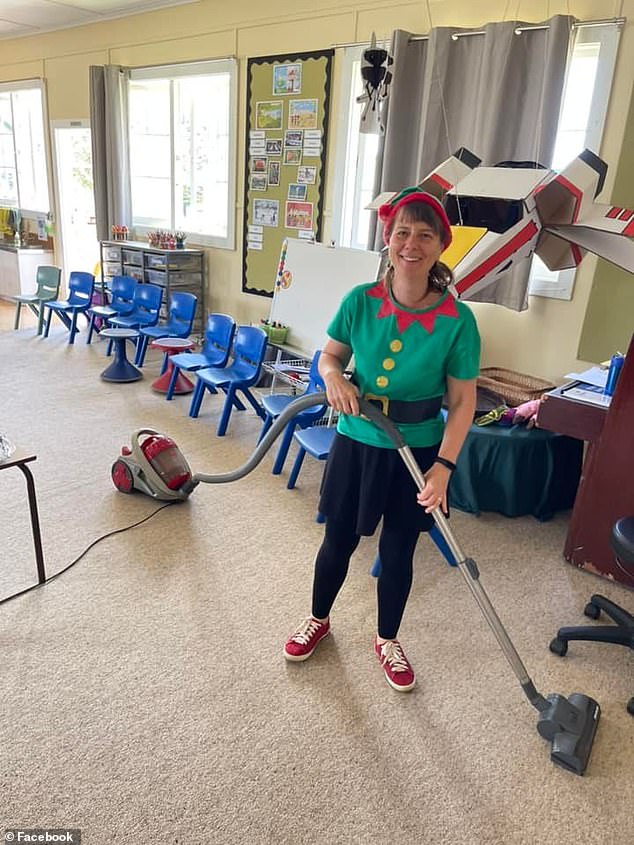 “We send you all the love and strength at this very sad time. She touched so many lives and will be sorely missed.

“We were only on Norfolk Island for a year, but Michelle had such an impact on Lisette that she still speaks of her as her favorite teacher three years later,” one family wrote.

Another colleague wrote that Ms Hayes was a ‘passionate’ teacher, ‘mentor and friend’.

‘What an inspiration Michelle has been. His legacy will live on in many,” added another.

Mr Hayes said he and his children Matilda and Harry are due to come out of isolation on Monday – if they remain Covid-free.