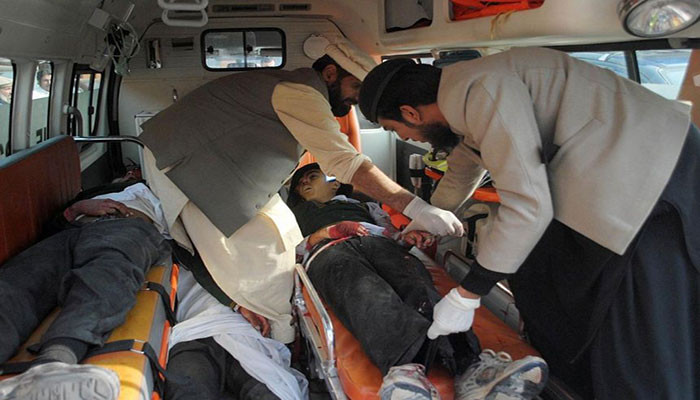 SUKKUR: As many as 10 students and teachers at Anchor Institute public school in Naushahro Feroze district were injured in attack by items carrying clubs and hockey sticks on Friday for refusing admission of a boy for disciplinary reasons.

Abdul Aziz Bhutto, CEO of the school, told the magistrate that the school administration refused admission to Sheezan Soho due to his questionable character who in a fit of anger attacked teachers and students from the school as well as a group of supporters.

The judicial magistrate ordered the Moro police to register an FIR against the attackers. Police have registered FIR with 7 ATA clauses against Kamal Soho, Eidan, Abdul Ghani, Iqbal, Shezan and others. Police were raiding to arrest the accused named in the FIR. Meanwhile, residents of Moro staged a rally to protest the incident, calling on the city administration to ensure the safety of the school and arrest the culprits.