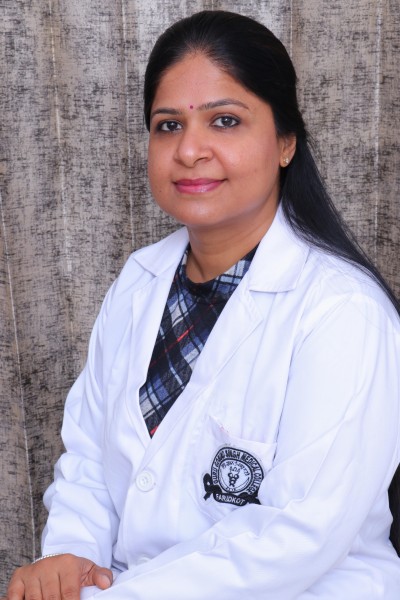 Newswise – Schools can be an important center for screening children for epilepsy, as well as educational efforts to address basic knowledge, stigma and misconceptions associated with epilepsy. Schools are also an appropriate and necessary place to provide crisis first aid, including emergency medication when needed, to affected students, teachers and staff.

Most countries do not require teachers to be educated about epilepsy or how to manage seizures in students, although at least six US states and one Australian state have “safe schools against crises” which require a certain level of teacher training.

To better understand the childhood epilepsy treatment gap, as well as begin to close the gap at the school level, Dr. Sulena Singh and her colleagues have developed a three-year project of investigations and activities of training. The project is funded by the Indian Council of Medical Research in Delhi.

The group reviewed records compiled by India’s National Child Health Program (Rashtriya Bal Swasthya Karyakram, or RBSK), which sends mobile medical screening units to all public schools in the country. Once a year, the units screen each student for approximately 30 illnesses and conditions, including epilepsy.

Dr Sulena’s review found that of the 60,000 school children screened under the RBSK programme, only 41 were listed as having epilepsy. Statistics suggest the number should be between 480 and 600 children, she said.

Strong stigma means parents can deny a child has epilepsy, even if a community health worker has observed the child having seizures, Dr Sulena said. And teachers and school administrators may be reluctant to allow children with epilepsy to go to school. This, combined with the social stigma of epilepsy and possible learning and cognitive problems, can lead to underachievement in school, lost opportunities and poor quality of life in adulthood and throughout life. this one.

Dr. Sulena and her colleagues developed a one-day training program for teachers and mobile health workers in a rural area of ​​Punjab, northern India.

“Teachers are important – half of childhood time is spent in school,” she said. “So if teachers are positive about this disease and are more open and supportive of children who have seizures, I think that will help improve epilepsy care coverage.”

The goal, Dr. Sulena said, is to create “epilepsy ambassadors” — teachers who understand the health, safety and educational needs of children with epilepsy and who can act as resources for more other education professionals.

The one-day training attracted 250 mobile teachers and health workers, and the response was overwhelmingly positive.

“The teachers were interested in learning more about epilepsy,” she said. “The day after the training, the teachers sent us pictures of a morning assembly where they were educating other teachers and students. It was very inspiring for them. »

Dr. Sulena and her colleagues administered pre- and post-training surveys to participants and are analyzing the data. They still meet regularly with mobile health workers to reinforce and deepen their knowledge of epilepsy, with the aim of improving the RBSK screening process.

Knowledge gaps and impact of training

Research on teachers’ and staff’s knowledge and attitudes towards epilepsy and children with epilepsy often reveals gaps. Numerous studies show that teachers are unaware of crisis first aid procedures, with some having potentially dangerous ideas, such as putting something in a child’s mouth during a seizure.

Like other members of the public, some teachers believe that epilepsy is contagious or caused by evil spirits, which can affect how they treat students with epilepsy. And many teachers are unaware of the potential cognitive and social consequences of epilepsy, which can affect student learning and well-being.

Interventions can include lectures, videos, written materials and other initiatives. Studies of these interventions show that they lead to significant improvements in epilepsy awareness for teachers, as well as increased confidence in students with epilepsy and seizure management.

A study of 259 teachers in Saudi Arabia found that 46% knew the basics of crisis first aid; this percentage rose to 84% after an educational lecture and discussion on epilepsy. The intervention improved all aspects of epilepsy awareness.

A study of 226 trainee teachers in Nigeria found that a 90-minute session of lecture and discussion on epilepsy improved all aspects of knowledge and addressed negative attitudes and misconceptions.

A study of 73 teachers in Lebanon found that 64% thought it was important to put something in a child’s mouth during a crisis. After an educational intervention, only 14% shared this opinion.

A study of 123 school staff in Italy found that only 10% felt comfortable administering rescue medication without seizure training, compared to 63% of trained staff.

Interventions should be culturally appropriate and tailored to the needs of the community. Social prejudice against people with epilepsy is stronger in some countries; for example, one study found that 87% of teachers in northeastern Uttar Pradesh (India) would not want their own child to marry someone with epilepsy, compared to 36% of teachers in a Thai study. Beliefs about the causes of epilepsy also vary, with religious or supernatural concepts sometimes shaping how people with epilepsy are viewed and treated.

While a single educational intervention may show immediate benefits, regular reinforcement is needed for long-term change. A teacher training campaign in Italy increased knowledge and improved negative attitudes. Three months later, however, a reassessment revealed that although knowledge was retained, negative attitudes had resurfaced.

In the interest of promoting lasting effects, Dr. Sulena plans to hold more teacher trainings – and bigger ones. She is interested in the work of Dr. Roberto Caraballo and his colleagues in Argentina, who trained more than 4,000 teachers in 2019 in the province of Entre Ríos. The three-day program, approved by the government, included lectures, videos and a short film, and provided continuing education credits to participants.

Dr. Caraballo has authored a 116-page book for the course, which can be downloaded for free (in Spanish). He said there are plans to expand the program to other provinces in Argentina, as well as neighboring countries in the region.

“I would like to scale this training up so that more teachers are involved, not just in one district in India, but across the system,” Dr. Sulena said. “It would help make a real change in society.”

Listen to Dr. Sulena discuss the development of the training program and its impact.

ILAE is a global organization of healthcare professionals and scientists working for a world where no one’s life is limited by epilepsy.