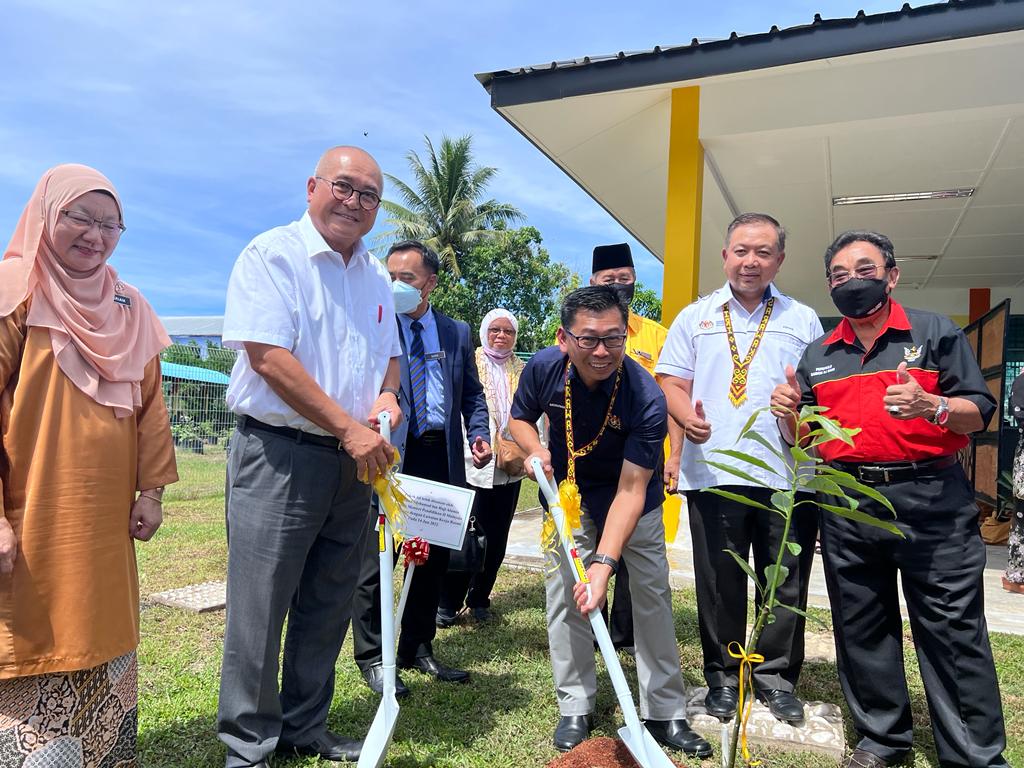 “SK Anchi, the only primary school in Sarawak to offer a STEM empowerment program”

Mohamad plants a tree during the event, as Yii (second from left), Azhar (second from right) and others look on.

“This is a program aimed at cultivating STEM education in students, as well as school staff in general, as well as applying best practices in implementation, management and learning and teaching (PdP) leadership, in line with the aspirations outlined in the Malaysian Education Development Plan (PPPM) 2013-2025.

“Therefore, my congratulations to SK Anchi for such an achievement,” he said in his speech ahead of the opening ceremony of two new academic blocks at the school in Piasau yesterday.

Additionally, Azhar said that with the increasingly difficult scenario in education, it is crucial that students have more exposure to STEM to better prepare them for globalization and the challenges that come with it.

“The main goal (of the program) is to develop STEM literate students who can identify, apply and integrate STEM concepts to understand problems and solve them in creative and innovative ways.

Regarding the new academic blocks of SK Anchi, Azhar said the RM6.5 million project started on June 4, 2020 and after its completion it was officially handed over to the school management on February 23. of this year.

One block is a four-storey building that houses classrooms and other related facilities, while the other is a one-storey pre-school block.