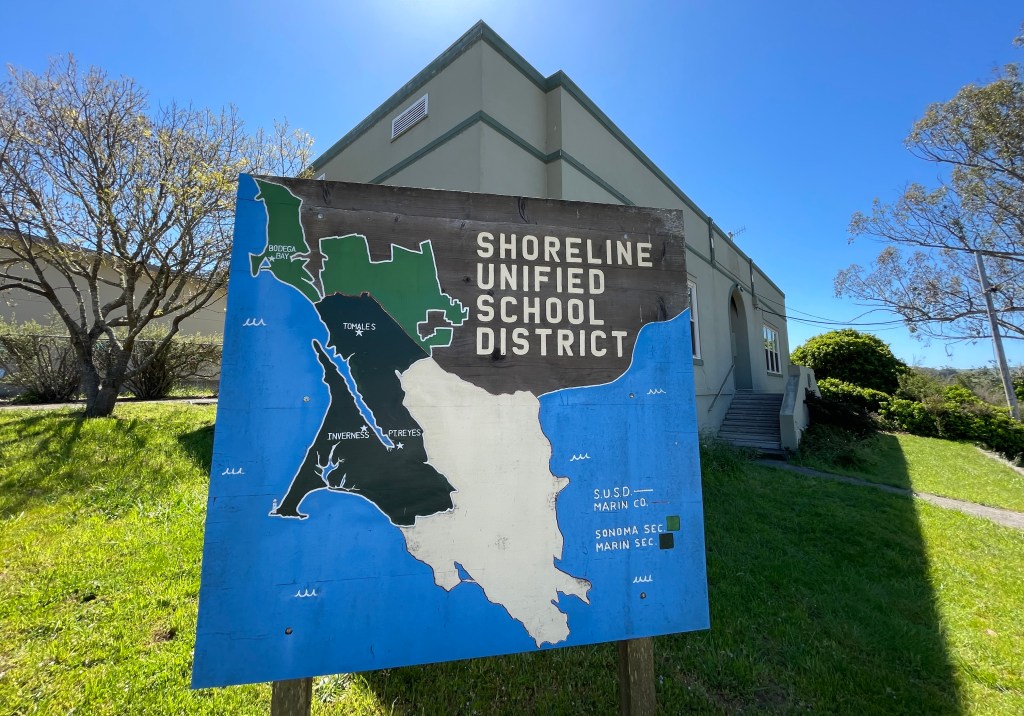 Two outgoing trustees are challenged by a newcomer in their bids for re-election to the Shoreline Unified School District board.

Heidi Koenig, 52, of Inverness Park, and Tim Kehoe, 60, of Inverness are seeking further four-year terms on the board to represent Board Area 1. The area includes Point Reyes, Inverness and Olema.

The challenger, Buddy Faure, 20, a musician who grew up in Inverness, sits on the board of directors of the San Geronimo Valley community centre, according to center staff. He did not respond to requests for comment.

He said he wanted to promote music education and nature-based programs in the district, according to the Point Reyes Light newspaper.

“I think it’s important to have new faces in positions where they matter,” he told the newspaper.

Koenig, who is seeking her second four-year term, said she was seeking re-election to continue the progress made in her first four years.

“We have a very good task force made up of board members and staff, including a new superintendent and four directors,” said Koenig, an archaeologist. “We also have a new Chief Commercial Officer and fantastic technology that allows us to provide remote access to all of our board meetings.”

Other successes include the opening of two kindergartens and “successful completion of the first real year of normal school we’ve had in a few years,” Koenig added.

“I want to keep this momentum going and maintain consistency in counseling and programs going forward,” she said.

Kehoe, who has served on the board for more than 20 years, said he “has always been a huge supporter ‘of the district’ and all of the kids and staff.”

“I’m a firm believer in public service and giving back to our community,” Kehoe said.

Regarding his goals if re-elected, Kehoe said he wants to “see agriculture and Future Farmers of America programs grow in our district.”

“There is a grant to build a farm-to-table classroom and greenhouse that will be built next summer at Tomales High School,” Kehoe said. “It’s one of the reasons I’m running for office again. I’d like to see that accomplished before I finish my next term.

“Our district has the only agricultural program in Marin County,” Kehoe said. “I believe this new program will bring more children to our district.”

Other recent district achievements, according to Koenig, include the hiring of a new director of community schools.

“I would like to see this program grow in greater depth, including a focus on health and wellness, after-school programs, and working more collaboratively with other organizations in West Marin, including West Marin Community Services and the National Park Service,” she said. .

“I am grateful for the opportunities Shoreline Unified School District has provided my family and want to give back to the organization that has given us so much,” she said.

Kehoe said if re-elected, he would remain focused on the district’s central focus – students.

“As Mary Jane Burke, who is retiring this year as county superintendent, told me when she swore me over 20 years ago, you have to remember why you are doing this,” Kehoe said. “She said it was always for the kids.”