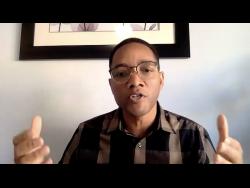 A few days after the resumption of face-to-face classes, stakeholders in the education sector are calling for changes to the culture of political interference in the appointment of school boards.

This concern – linked to the disruption of the effective management of schools – persists even with the passage last year of the Public Bodies Management and Accountability (PBMA) (Board Appointment, Selection and Appointment) Regulations 2021 ), which announces radical changes to the selection process for supervisory bodies.

The latest call came from Jamaica Teachers’ Association (JTA) president Winston Smith and Linvern Wright, president of the Jamaica Association of Secondary School Principals, amid growing concerns over the loss of learning caused by displacement during the coronavirus pandemic.

At the same time, Education Minister Fayval Williams acknowledged that a school board clean-up was needed to facilitate greater efficiency in school management, noting that the National Council for Education (NCE) , which is responsible for selecting councils, ceded control to parliamentarians.

According to Wright, principal of William Knibb Memorial High School, boards of trustees are often “much less” qualified than principals.

“I think that’s something we need to look at if we really want to make sure we’re getting where we want to be,” said Wright, who was speaking at a Gleaner editors forum on Wednesday.

“When you have a qualified person, having someone who really has the best thing about them is that they are affiliated with one or the other of the two parties, it does not is not something to shake things up in times of crisis,” he added.

Smith also said there have been challenges with the school boards, the selection process and the quality of leadership.

“There are some institutions where the boards of directors are just stonewallers,” the JTA chairman said.

Smith said councils exist to provide advice to school management and act as intermediaries between the ministry and school administration, but some have resorted to ‘micromanaging’ schools rather than providing support administrative.

“Council seems, in some cases, [as if] they want to run the institutions. We say the lack of process understanding is what gives rise to this stuff.

“So it’s about getting people who are not aligned with any particular party, but people who are really interested and who understand the process,” said Smith, headmaster of Golden Spring Primary School in St Andrew’s.

In addition, he stated that more education officers are needed to foster greater involvement and better supervision of school boards.

Williams said the current structure is a relic of decades-old practices.

“In order to get a different outcome, we’re going to have to change that,” she said, referring to efforts by finance minister Dr Nigel Clarke to review the way the boards of public bodies are selected.

“We need similar thinking; similar work in the education sector. It will be up to us to take care of these changes. »

Williams said new thinking is needed as well as a new framework with updated regulations.

Williams added that there had been a degree of difficulty in firing underperforming principals who also contribute to the challenges facing schools.

She said that in many cases, proper procedures are not followed by school boards, resulting in sloppy processing of cases.

“Our guidance in our schools – experience levels need to be improved. Our councils need to know how to hold principals and school leaders to account – how to work with them, not manage them, in itselfbut to make sure the school’s goals are met,” she said.