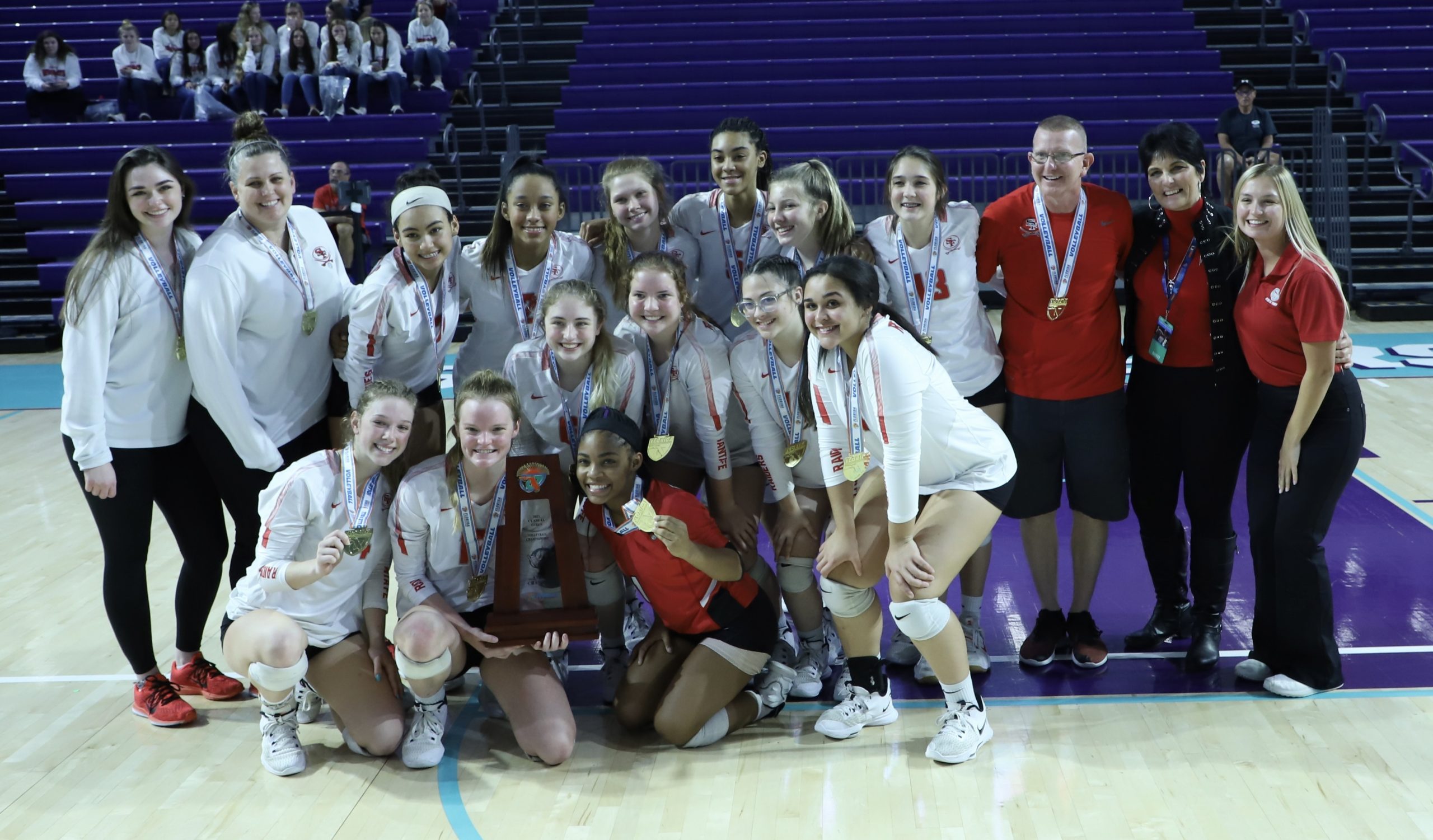 The championship marks the first for school in volleyball. Students, faculty, and parents all gathered in the Suncoast Credit Union Arena to watch their school make history shortly after 3:30 p.m.

After knocking on the door for the past four years, the Raiders have finally managed to break through by ending the season on a 16-game winning streak. The team haven’t lost a set in the last 10 games either.

The Santa Fe players were excited when Calvary Christian failed to return the ball to keep their league hopes alive in the third set.

Coach Eric Marshall was able to bring a state championship to his alma mater four years after taking the job. However, he attributes the team’s success to the innate bond of its players on the pitch.

“Coaches get way too much credit when teams win,” Marshall said. “This team wins thanks to its excellent teammates. These kids get along [and] we are having a lot of fun. It’s just an awesome group of kids.