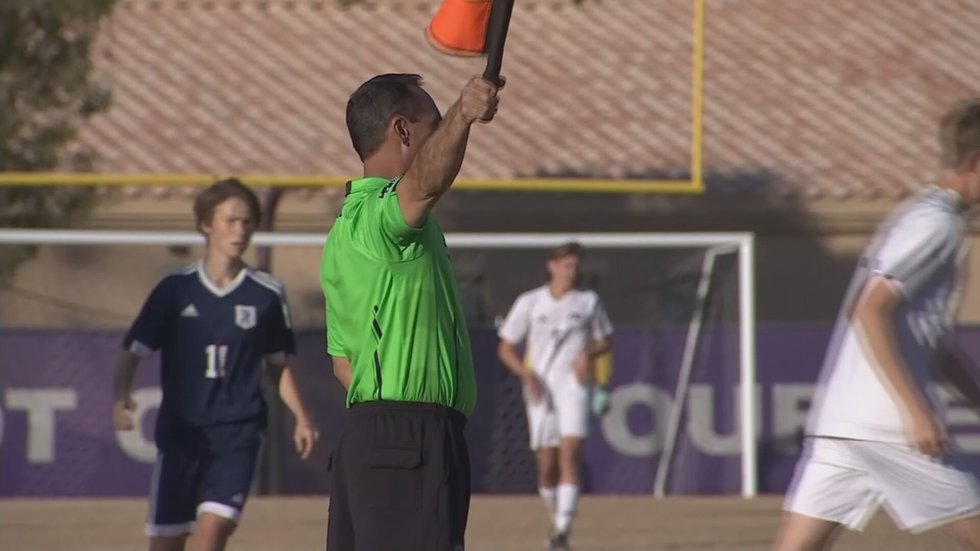 PHOENIX (3TV/CBS 5) — From profanity to combat, high school athletic officials are facing a record number of ejections in Arizona. The problem is so out of control that the Arizona Interscholastic Association (AIA), which oversees high school sports, is considering tougher penalties and stricter enforcement.

According to the AIA, in the school year before the pandemic, there were 1,058 expulsions, including 215 coaches. Four months from the end of this academic year, there have already been 1,218 expulsions, including 327 coaches. Jeff Barker has refereed games for more than two decades and says personal attacks are becoming more common.

“Personally, as an official, I was attacked after a match. I had fans following me to my car after a game. I had coaches waiting for me after the game to tell me I had done a horrible job,” Barker said.

Brian Gessner is the AIA’s State Commissioner for Public Servants. According to Gessner, nationally more than 50,000 gaming officials have quit in the past three years. He blames bad behavior, including from fans.

“Two weeks ago I had 14 straight days of fighting to clean the bench. I got a fan out of the stand and ripped off an official’s shirt. A fan came out and slapped a football official. I had a coach walk into a locker room and shove a basketball umpire,” Gessner explains.

Increasing penalties for players and coaches is an option under discussion. Currently, if a person is kicked from a game, they miss the rest of the game and a subsequent game. For a second ejection, the person abstains from the game and the next two games. A third ejection, and the person is out for the season.

The increased penalties being discussed could include fines, bringing people before an executive board for a tougher penalty, or increasing the number of games people miss. Instead of focusing on actions on the pitches and courts, officials increasingly have to deal with security and unruly fans, a task that should be the responsibility of often strained school administration.

Gessner is now sending a message and warning that game officials can be more aggressive and start using their authority to stop a game if fans are abusive or out of control. The bottom line is that it is for the safety of officials, players, coaches and fans, and fighting, bullying and swearing have no place in the spirit of sport which should be part of Game.