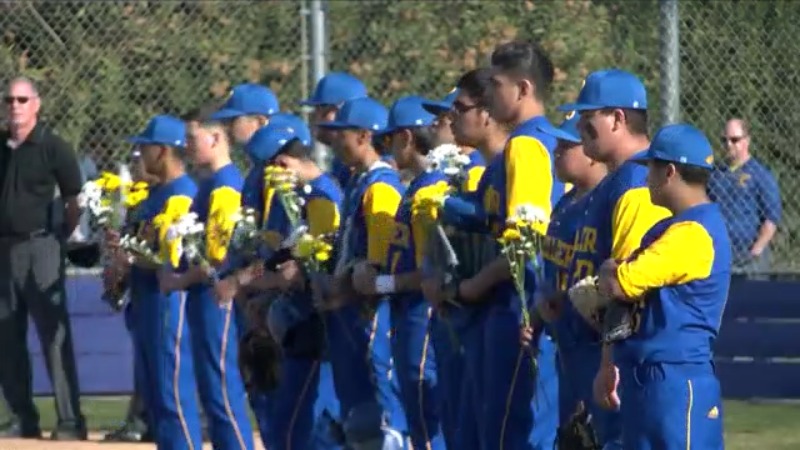 PARLIER, Calif. (KSEE) – The Parlier community gathered at their high school baseball field Friday afternoon to remember the life of one of their pitchers who was shot and killed.

Ricardo Chavana was a starting pitcher for the Parlier Panthers.

“From last season, which was the first back and I understand he was really looking forward to it, he was in really good shape and he was really excited to start now,” said the superintendent of the Parlier, Gracie Guerrero.

Chavana was shot and killed less than a week ago while at his former home. On Friday, his school took the time to honor his memory.

RELATED: Authorities are looking for a suspect in the murder of a 16-year-old boy in Parlier

“We were able to plan something that would be special, that wouldn’t take anything away from the game, but would definitely be able to bring our community together,” Guerrero said.

Dozens of family and friends came out to show their support for the team and also remember the life of the young man who had so much life to live.

“Having a moment of silence, lasting exactly 23 seconds, which was his baseball number … a poster forever in the back center field area of ​​the field for him to be our angel in the outfield proper “, Guerrero said.

It was just after 11 p.m. Sunday when investigators said shots were fired at Ricardo’s home. Police do not believe he was the intended target, but was hit and killed as a result.

Anyone with information is asked to call the Fresno County Sheriff’s Office.