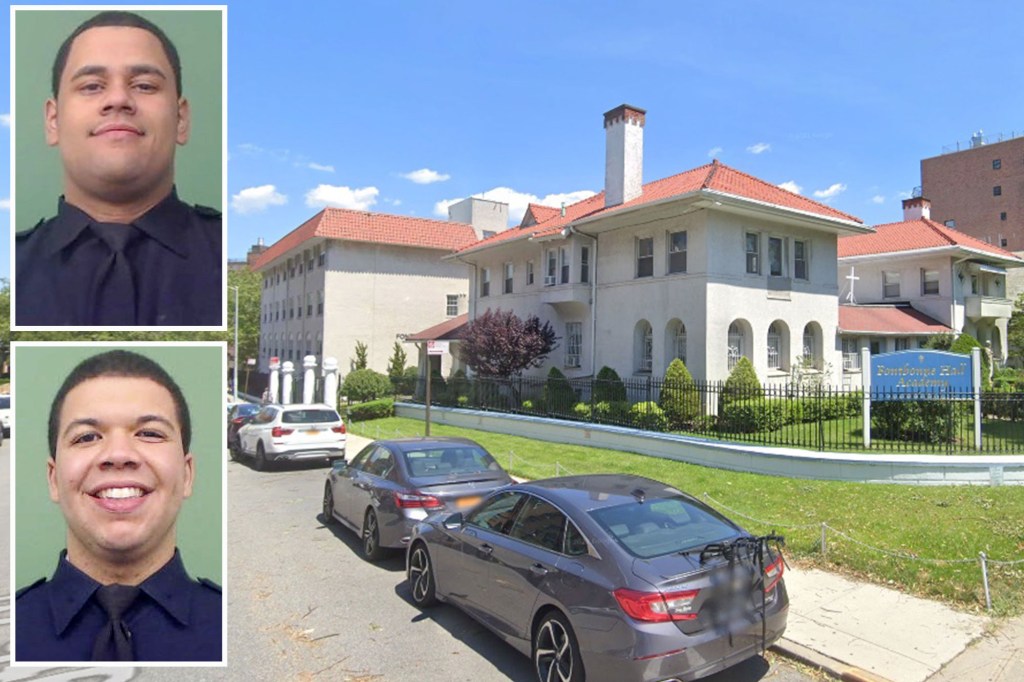 A Brooklyn prep school teacher is out of work following her anti-cop tweet related to the deaths of NYPD officers Jason Rivera and Wilbert Mora, officials said Thursday.

Laura Lynne Duffy, a math professor at Fontbonne Hall in Brooklyn, was suspended Wednesday for an article she posted about a “dressed up” event honoring slain officers, who were shot in Harlem last month.

Proceeds were apparently to be donated to the families of the cops.

“If anyone was wondering, I dress intentionally today. #Abolition #BLM,” Duffy wrote on the account, which had 69 followers and was set to private.

The Fontbonne fundraiser took place on the same day as thousands gathered for Mora’s funeral at St. Patrick’s Cathedral.

On Thursday, the private Catholic school said it concluded an investigation into the tweet.

Duffy did not respond to an email from The Post.

Mora and Rivera were fatally injured on January 21 when they responded to a domestic call in Harlem and were ambushed by gunman Lashawn McNeil. Rivera, 22, died that night, while Mora, 27, died after being taken off life support several days later.

McNeil, 47, was shot by a third officer and later died from his injuries.

Coney Island Prep math teacher Christopher Flanigan is ‘no longer employed’ following his Instagram post last week that appeared to encourage violence against mourners gathered at Rivera’s funeral, although he said his comments were misinterpreted.

And Manhattan actress Jacqueline Guzman was kicked out of a theater company for complaining about street closures at Rivera’s funeral.