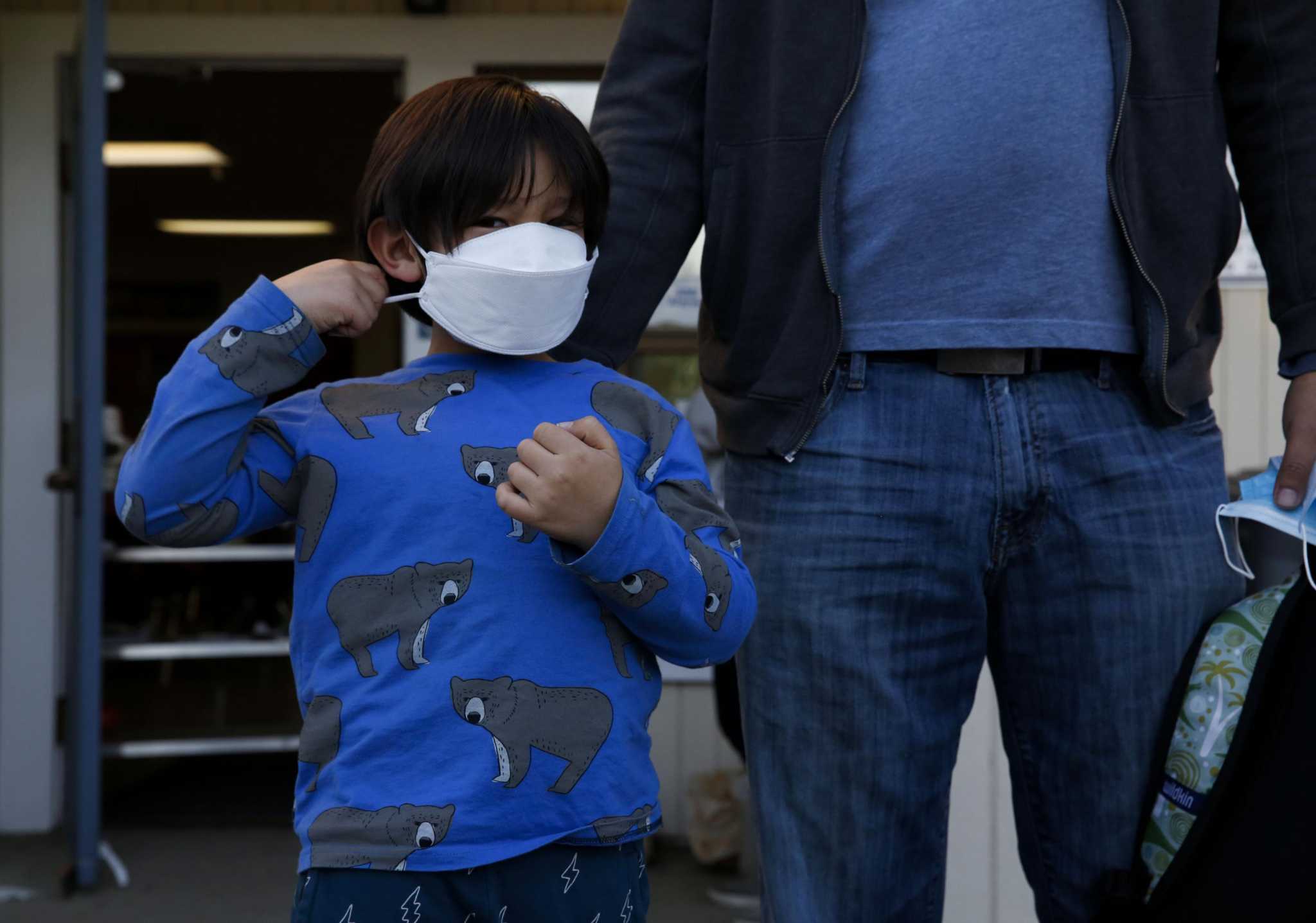 After a week of unruly protests against mask mandates for students, a school district in Oakdale, Stanislaus County, on Monday banned students without masks from campuses and postponed a school board meeting “for safety reasons.” .

Dave Kline, the district superintendent, said the actions were necessary to calm tensions that included a threat of violence against high school staff, student walkouts and widespread rumors on social media that students without masks were locked in a cold gym. The protesting parents, he said, became “increasingly vocal, disruptive, violent and threatening.” Police are investigating the threat, which was allegedly made by a relative on Friday.

“It was very concerning on every level,” he said in an interview with The Chronicle on Monday. “In light of all of this, there were security concerns and we wanted to let things cool.”

Tensions over requiring students to wear masks in California’s elementary, middle and high schools have risen as some doctors and parents who previously favored mask mandates want masks made optional as part of a return to normal in schools. Others, however, say masks are a cheap and effective precaution against the coronavirus, which continues to spread.

The mask’s mandate had previously been controversial in Oakdale, a Central Valley town of about 24,000 along the Stanislaus River that prides itself on its Western heritage – its motto is “Cowboy Capital of the World” – so even that it became a suburb of Modesto.

A group that opposes mask mandates in schools, urged parents to get students to refuse to wear them on Wednesday. About 375 of the district’s 5,200 students from kindergarten to transitional high school showed up without masks, Kline said.

Students without masks were sent to the principal’s office and informed of the requirement to wear masks, Kline said. When most of them refused, he said, they were sent to classrooms, where they were socially distanced. When the number of unmasked students increased at Oakdale High Schook, those students were moved into the gymnasium, where the administration tried to keep them socially distanced and studying. That effort failed, however, Kline admitted, and many students spoke on the phone or with friends and about 50 walked out to join a protest at district headquarters.

“To be frank, it wasn’t efficient, it wasn’t productive, it was disruptive,” he said.

Meanwhile, reports circulated on social media that students were being held captive in the gymnasium and the temperature kept cold to persuade them to put on masks and return to class. Neither was true, Kline said, explaining that the gym’s oven needed mechanical assistance before it could ignite.

Kline sent a letter to parents on Sunday evening advising them that “alternative” learning spaces like the gymnasium would no longer be available and that students who refused to wear masks would be sent home and allowed to enroll in studies. independent. Attendance was down on Monday, he said, as were the number of protesters. He had no estimate.

Oakdale School Board president Diane Gilbert said the district had no choice but to follow state law.

“I believe that every child should have the opportunity to go to school, period,” she said in an email, adding that the superintendent must still follow laws and regulations.

Kline said the community was generally supportive and the vast majority of students wore masks and attended classes.

“I am grateful that these 5,000 students want to stay with us, comply and learn,” he said. “Our staff is committed to giving them an excellent education, as we always do. And I can’t wait to see COVID in the rearview mirror.

Michael Cabanatuan is a writer for the San Francisco Chronicle. Email: mcabanatuan@sfchronicle.comTwitter: @ctuan