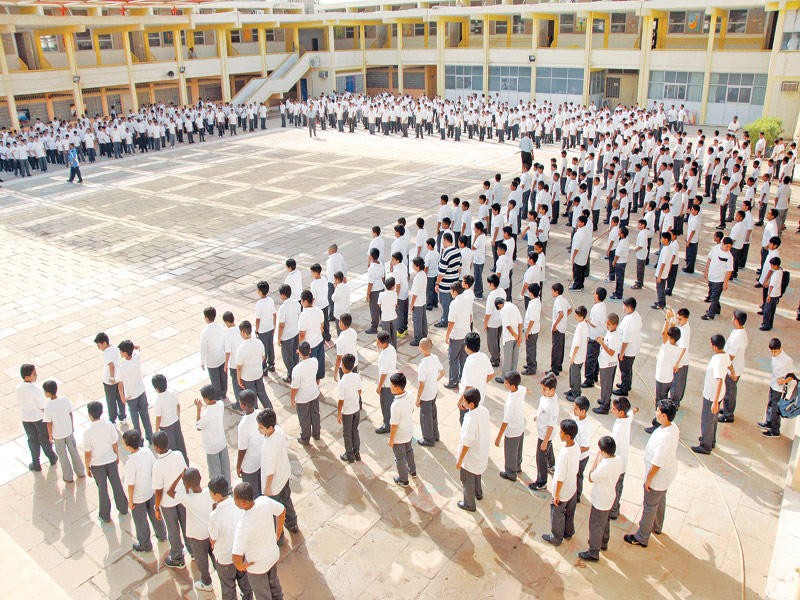 “Educational system set aside in relation to other interests”

KUWAIT CITY, July 12: Development projects in education fluctuate and may be suspended for various reasons, including changes in the ministerial portfolio or due to the retirement of senior officials in supervisory positions, or external pressures and popular considerations. , and sometimes when people have to settle political scores and all this happens without taking into account the future of generations or prioritizing the interest of the education system over other interests, reports the daily Al-Rai.

An official education source told the daily that the file of some canceled projects, including the school administration development project, which has a completion rate of 94.6%, and has consumed about 1,120 hours of training and 9 years of financial expenditure, then came to an abrupt halt without justification. , indicating that the project started in 2009. He explained that the project, which has been submitted to the parliamentary education committee, and has not yet been discussed, included administrative and organizational reforms through 4 main frameworks , — concepts for the development of school administration, a new organizational structure of the school, guidelines for the development of school administration and the training plan for school management.

Administrative structure
He added: “Schools were based on their old administrative structure 50 years ago and have not been developed, which led to the adoption of 5 guidelines for the development of school management and the development of a clear training plan for the administrative and supervisory officials of the school and the educational region.He pointed out that the project was interrupted in 2017 during the reign of the former Minister of Education, the Dr Hamid Al-Azmi, after gaining approval from the Steering Committee of the Department of Education and then the National Agency for the Improvement of Education in Scotland, which is the world’s leading agency concerned with development education and dates back to 1840, and it has experts with a high level of competence in the field of education, and they are called “Queen’s Inspectors”.

National indicators
He went on to say: “We, together with national elements, adopted the national indicators of the project and presented them to the agency, which expressed its admiration for this progress, and stated that usually some Gulf countries ask the development of a framework of reference and education. indicators for them, but we in Kuwait have come with our indicators and our framework, and it shows our progress compared to the district of other countries,” pointing out that about 60,000 participants in the school management development project diagnosis, including students, parents, teachers, and other groups from all educational spectrums, which was eventually canceled in 2017.

The source moved on to another project, a project to diversify secondary education streams, which was halted with the retirement of Under-Secretary for Public Education, Fatima Al-Kandari. He pointed out that some of the other projects that have been canceled include the Integrated Program for the Development of Education, the license of teachers, the World Bank agreement, the rental of tablets and many other important projects that have been canceled for one reason or another. MP Dr Hassan Jowhar submitted a proposal to the National Assembly in August 2021 regarding the need to “take a decision to create an organizational structure, in accordance with what was indicated in the school administration project drawn up, and to include the new organizational unit in the integrated civil service systems and to request the Civil Service Office in this regard to take the necessary measures”.