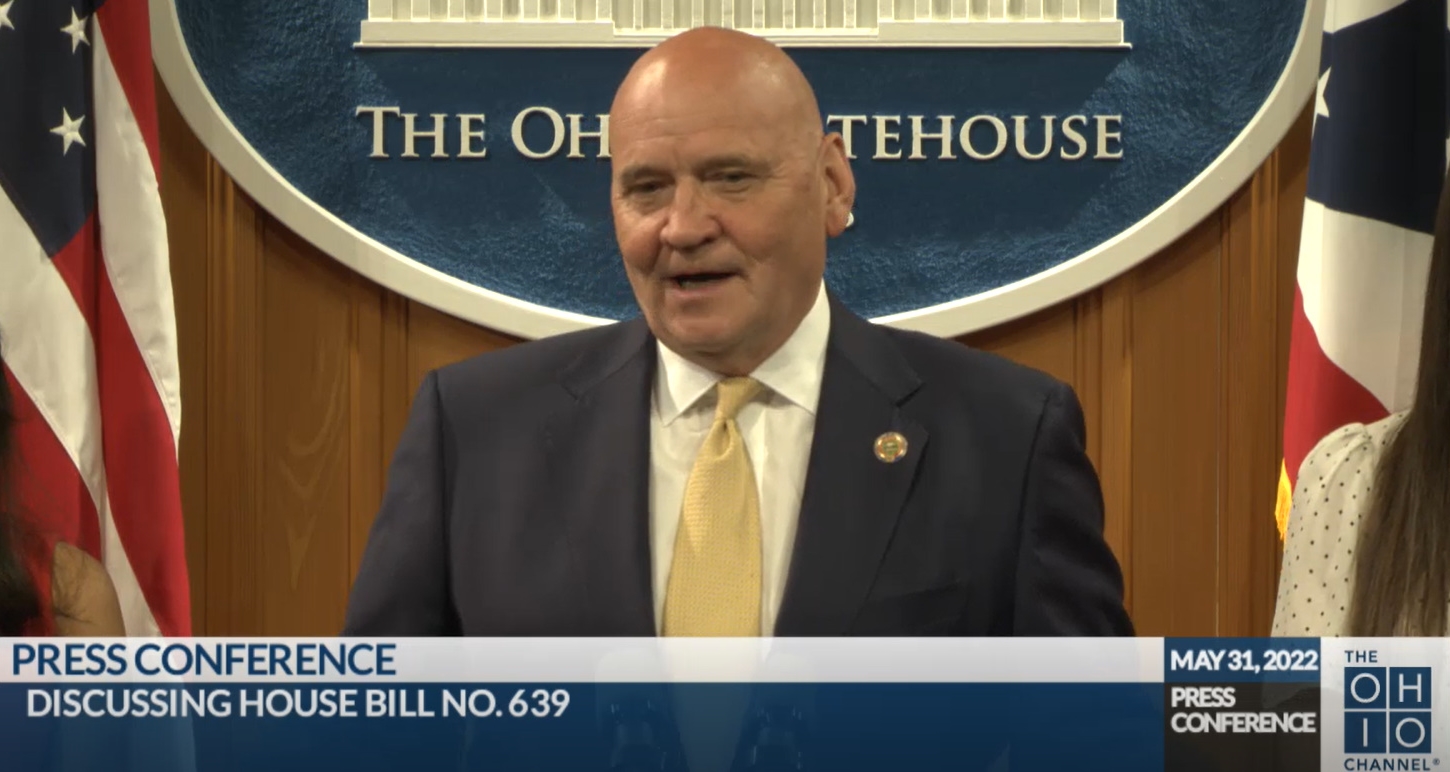 New legislation from Ohio State Reps. Tom Young, R-Washington Township and Andrea White, R-Kettering, would require next year’s high school freshman class to take a class on recognition and responding to threatening situations in order to graduate. The idea for the so-called “Student Protection Act” came from a number of recent high school graduates as part of an extracurricular project.

Abby Purdy described how the proposal came from conversations she had with fellow Olentangy High School students Sydney Schultz and Vaidehi Patel about walking to their cars after work in the dark.

“Everyone had very similar fears, and it sort of sprouted from there,” Purdy explained. “We had a survey and many of the responses conveyed the same fears and felt that self-defense would be the best way to help people feel they have the tools to protect themselves.”

Patel, Purdy and Schultz have repeatedly invoked the idea of ​​self-defense, as have the bill’s sponsors, but that’s a bit of a misnomer. Speaking afterwards, Young acknowledged that they struggled to best describe the aims of the course, but it was clear they weren’t envisioning some sort of martial arts training.

“No, it’s not Tae Kwon Do, throwing people on a mat or anything like that,” he explained. “It’s about raising awareness on how to prevent and then react to an aggressive situation – mentally, and maybe a way out of a situation.”

Rep. White emphasized the importance of teaching students how to respond to bullying and aggression.

“These behaviors should never be tolerated or allowed to go unreported,” she said. “And reinforcing that message with our young people while equipping them with the defensive tactics and proactive strategies they can use to protect themselves and avoid dangerous situations is essential.”

While the measure isn’t explicitly aimed at teaching students how to respond to a school shooting, last week’s shooting at an elementary school in Uvalde, Texas looms large. Young expressed hope that the courses they offer might indirectly discourage violence.

“I hope this not only raises awareness for people to prevent things from happening to you and how to defuse, but also hopefully be aware of their classmates or someone who is struggling, that this opens up a dialogue.”

Young and white people want districts to hire school resource officers or certified self-defense instructors to perform self-defense demonstrations. The legislation, however, is silent on who qualifies as an outside instructor or what form their demonstrations should take. Since the course will be part of the health class, teachers will also be required to take a self-defense training course, but it’s up to the districts to determine which programs qualify.

Get morning headlines delivered to your inbox

The value of flight school

Teachers could be cut this week, say union leaders as they protest CPS cut budgets