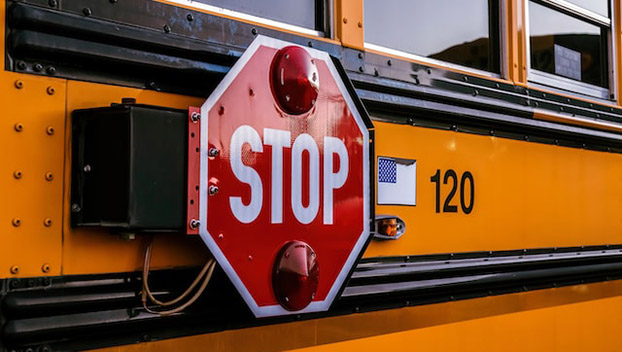 FARMVILLE — A month into the new semester, schools in Prince Edward County are still experiencing a teacher shortage.

This is a problem for many school districts in Virginia right now. In this region, Lunenburg County has 12 vacancies. Buckingham and Cumberland also have vacancies. And the news isn’t much better across the state, where there are about 1,200 teaching vacancies.

“This is a national problem and Cumberland is not immune,” said Cumberland County Public Schools Superintendent Chip Jones. “We’ve had quite a few openings and very few applications, although many of our recent hires have been extremely qualified.”

But what is causing the decline in applications? And will Governor Glenn Youngkin’s new plan have an impact?

What is causing the teacher shortage?

There are a few things causing the shortage, according to a survey by the National Education Association. Part of that comes from salary. Virginia teachers earn an average of $58,506, according to the National Education Association. This places the Commonwealth 25th in the country. The average entry-level teacher salary in Virginia is $42,251, good enough for 18th grade. The national average, by comparison, is $65,293.

Another issue, both in this region and across the state, is burnout. The NEA study found that Virginia teachers are dropping out (and potential applicants are staying away) in part because of rising expectations and demands. They are asked to do more with the same amount of resources, the same time spent and the same salary.

“Finding a nurse, carpenter or computer programmer who wants to leave the private sector to teach for pay is difficult to say the least,” the NEA report says. “Many teachers have retired after hitting that 30-year mark, even if they’re not yet 65.”

To address the teacher shortage, the report recommends several things. First, they suggest bringing back retired teachers who are willing to help. In the past, the problem with this was about the benefits. If a Virginia teacher does not retire, they lose their benefits from the Virginia retirement system. The NEA suggests letting retirees come back while being able to keep their benefits.

The report and some local superintendents also suggest the state needs to make it easier to become a teacher.

“There are many requirements to get a teaching license in Virginia,” Charlotte County Public Schools Superintendent Robbie Mason said. “Removing some of these barriers and replacing them with other licensing routes will be beneficial.”

“What would help the most?” Raising teacher salaries would be a good start while ensuring benefits, such as health insurance, are affordable,” Jones said. “While salary isn’t always the most important reason for staying with their organization, it’s still a major factor.”

Jones is referring to a report by global analyst group PwC titled Workforce of the Future. This report showed that 44% of millennial employees believe salary is important when it comes to attracting talent, second only to career development.

“We’ve lost several teachers who went to other divisions because they were paying way more than (Cumberland),” Jones said. “It’s also disheartening when teachers look at the pay scale and see such a small difference between their starting salary and what they’ll be paid 30 years from now.”

Although it doesn’t address pay, a new proposal from the governor of Virginia could help speed up how quickly new teachers get their license.

On Thursday, September 1, Governor Youngkin signed an executive directive to help deal with the shortage.

Mason’s suggestion about changing the licensing process is one of them.

Under the new directive, Virginia Education Secretary Aimee Guidera is tasked with working with the Superintendent of Public Instruction, Finance Secretary, Labor Secretary and Department of Labor Commissioner to rework how teachers are accredited. Specifically, the order says the group must “reduce the paperwork associated with obtaining a teacher’s license, while ensuring high standards, in order to recruit more teachers from the state, retired teachers, career changers, veterans and other professionals with much to offer students.”

Several superintendents praised another part of the ordinance that creates a registered teaching profession apprenticeship program. School divisions like Prince Edward and Buckingham would work with the state to help train and fire new teachers, including those already working as paraprofessional educators. A paraprofessional is someone who is already in the classroom as an assistant.

They do not teach for the class and they must be supervised by a certified teacher. Under this plan, it would be easier and faster for these “parapros” to get their full license.

But as they back parts of the order, the superintendents are reminding people that this is not a quick fix problem.

The shortage of teachers is not a simple problem

“It’s not a simple problem with a simple solution,” Jones said. “For example, the Governor’s Executive Directive directs the Superintendent of Public Instruction to provide flexibility in issuing teaching licenses for out-of-state teachers and renewing licenses that may have expired. .”

He also said that cutting red tape for licensing would be an advantage when trying to get certain types of instructors, such as building trades teachers.

But then he said there were parts of the guideline that, while sounding good, needed teacher support to actually work.

Part of the directive requires schools to participate in an annual survey. Each year, all returning teachers will participate in a survey, identifying what is working and what is not. The same goes for outgoing teachers, who will be asked to identify the main causes of their departure from the profession.

“Last year a new survey was put in place,” Jones said. “This report required teachers leaving a school to select up to three of 17 reasons for leaving. A well-known bias in polls is to guarantee accurate and honest answers. More such reports may not be the answer, but could provide additional information.

Jones and other superintendents also warn that it will take time to see things change.

“There is no overnight solution to the teacher shortage, but every family and every child is counting on all of us to continue to collaborate and find solutions,” Jones said. “The future depends on it.”