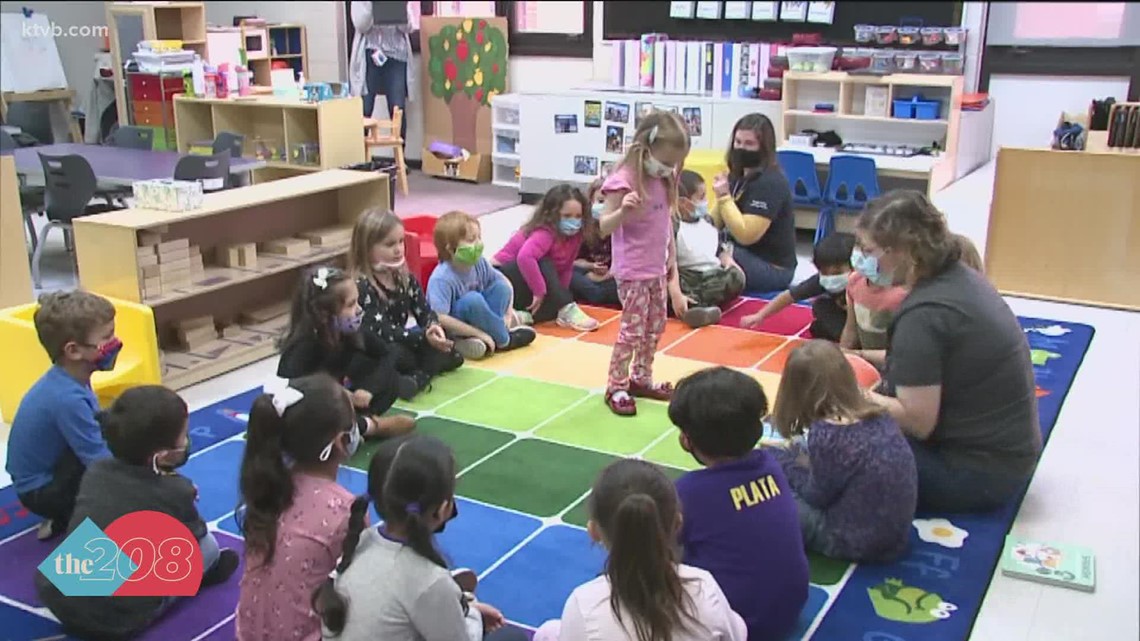 BOISE, Idaho — Coming out of the Idaho legislative session, Governor Little and lawmakers touted legislation to improve health insurance for K-12 employees. The idea is to ensure that eligible public school employees have the same level of health insurance as state employees. The newly signed law sends about $4,100 more per state-funded employee to districts for insurance. House Bill 443 was celebrated when it was signed into law, but as school districts do the costing, some find the program might not work for their district.

“We’re still figuring out exactly what we want to do with this,” said Nampa School District finance manager Randy Dewey.

Like other school district finance officials, Dewey does the math on the cost of the new program versus Nampa Schools’ current health insurance. Based on the new funding numbers from state and federal funds, Dewey says it looks like Nampa would still need about $1 million in one-time costs in addition to $600,000 to $800,000 a year to maintain the program. insurance. Dewey says the task right now is to work through the numbers and options to find enough money to make the jump.

“Right now, I’ve just started trying to do the math, we’re barely into it in our budget world. The legislature, you know, throwing curve balls at us here and there, we’re trying to solve this problem. But other than that, once we’ve finalized the revenue, made sure we’re good there and we’ve finalized the expenses, we can kind of go back and say, is that something that we want to do or not,” Dewey said.

The money that school districts must compensate for joining the plan can be attributed to paying for health insurance for employees that are not funded by state-distributed dollars. The state distributes funds, or units, to each district based on an existing formula. This formula does not include employees paid in cash outside of the state allowance. For example, if a school district uses the federal funds available to it to create a new position, that position does not count towards the new program in terms of paying insurance for that position. This means that the districts must cover the cost of insurance for these employees.

Nampa is not alone in determining the financial future. A Kuna School District spokesperson said the district’s insurance committee and bargaining team reviewed joining the state plan based on the new funds. They said in a statement: ‘Research by the committee has shown that the cost of the change would exceed the new money available.’

Kuna is expected to receive $1.1 million from the newly signed bill, based on the number of state-funded positions in the district. This will be a different allocation depending on the workforce. A spokesperson said, “While the $1.1 million does not fund a change in the state plan, it will help improve our health insurance system. We surveyed our employees to find out what improvements they would like to see and our bargaining team and insurance committee are working on it. It should be finalized later this spring.

The district adds that it appreciates the bill’s sponsor, Rep. Rod Furniss, who traveled to Kuna to answer questions about the plan before it became law. They say he has identified a possible solution if he returns to the Legislative Assembly next year.

To be clear, districts that don’t switch to the state plan still receive funds to reduce insurance costs for their employees.

“Super ecstatic that they gave us this money. I mean, even if we don’t go to the state plan, we’re going to use it, it’s all going to insurance. So either we’re going to l ‘bring it to our own plan, or we’re going to try to go to that plan,’ Dewey said.

Dewey said the goal is to join the state’s plan, but the calculations of it all will ultimately decide whether the district can afford it.

“It’s an incredible amount of money that legislators and governors have invested in this area and it’s fantastic for all of our employees, not just our teachers. And we were super excited to have it. It’s just now that what we don’t want to do is put ourselves in danger of not being able to pay for it in the future, because once we come in we’re kind of obligated at that time,” Dewey said.