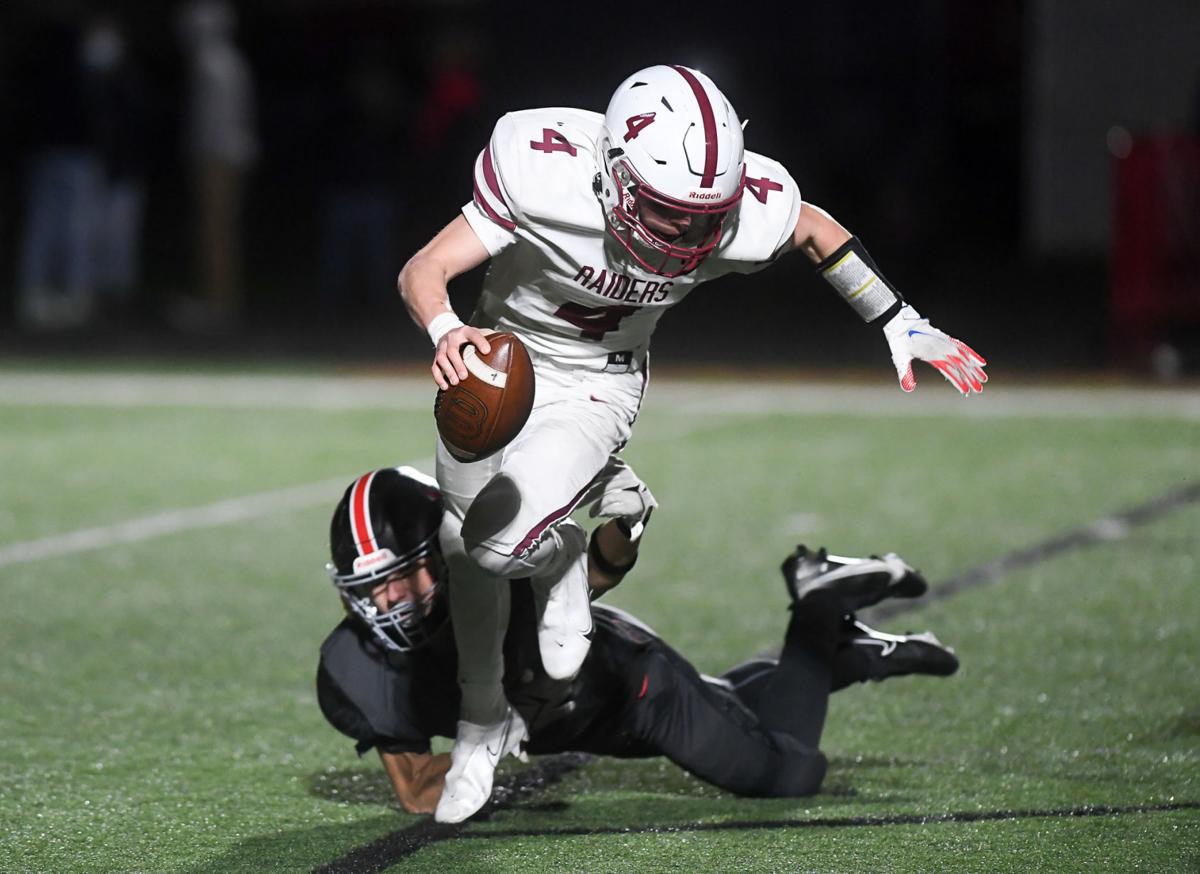 Jedidiah Kollaer (8) of South Albany tackles Ty Abernathy of Crescent Valley for a loss. Kollaer had an interception in the game, as well as a sack that led to a touchdown.

There would be no assumption made that South Albany High’s place in the state 5A football playoffs, complete with a win and the help of another Mid-Willamette conference result, was inevitable.

The RedHawks needed a win over Crescent Valley in the regular season final and a loss to Lebanon to frontman Silverton to secure a playoff spot.

South, winless a season ago, didn’t play Friday night like he expected something to be handed out for free. The RedHawks came out and earned it.

The 10th-seeded RedHawks dominated the game in all three phases in a 42-0 home victory, taking the program’s first playoff spot since 2017.

South opened the game in the third quarter, starting with Tyler Seiber’s punt block that was picked up by teammate Ramie Halbrook in the end zone for a touchdown.

They stuck to their anti-vax beliefs. Now these teachers and school workers are unemployed