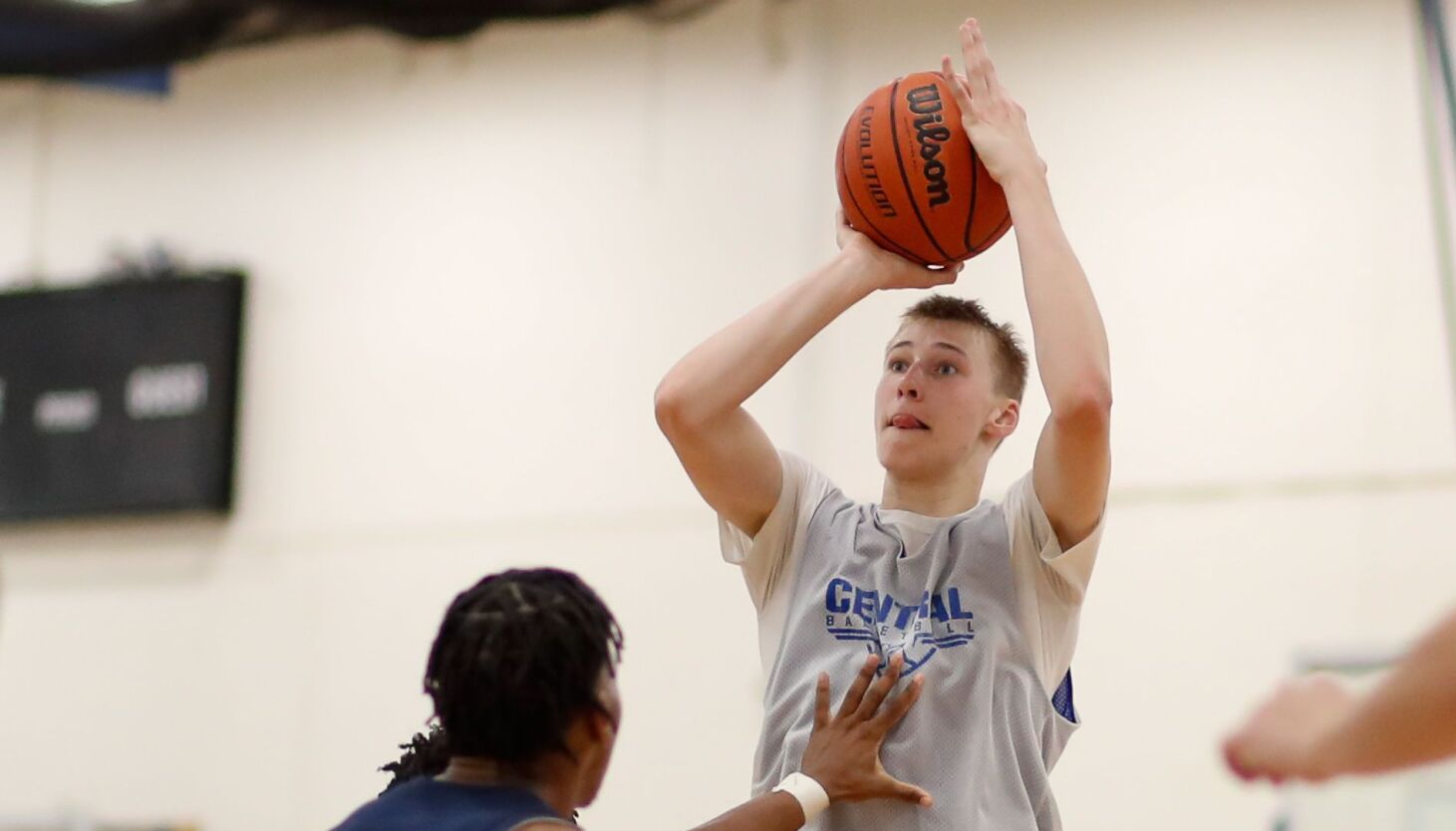 As Burlington Central’s Drew Scharnowski approached the middle of his junior season last December, the thought of playing Division I basketball in a few years was furthest from his mind.

“Honestly, playing basketball long term wasn’t in the picture,” Scharnowsk said of how he viewed his basketball career just seven months ago. “I just thought I would end up going to school to go to school – without basketball.”

By the time all summer judging periods ended in July, the 6-8 Scharnowski had over 20 offers.

Schnarnowski, the epitome of late bloomer who has grown six inches since his freshman year, will indeed play college basketball in the future, announcing Friday that he has committed to Belmont.

“Right from the start, as soon as they reached out, I was interested in Belmont,” Scharnowski said. “My parents immediately said, ‘Drew, this is a good school.’ So we knew we were going to visit I had a list of five [schools] in my head, but they quickly climbed to the top.

With nearly two dozen offers, Scharnowski was a coveted mid-major prospect. But Belmont’s basketball, education and culture were ideal for him after a July visit to the Nashville campus.

He was drawn to the campus, the success of basketball, the improvements in facilities, and the fact that it is a private Christian university.

“Once you visit schools, it’s all about feeling,” Scharnowski said. “And Belmont felt good. The coaches were awesome, the team guys were awesome. They have a great campus. The school is a Christian school and my family is Christian. It was big. They have had great success as a basketball program.

The Bruins join the Missouri Valley Conference this season and have appeared in eight NCAA tournaments since 2006.

Scharnowski will head to Belmont as a changed basketball player. He plays with a new level of confidence to go with all the skills he has as a fluid 4-man player who runs the ground and can handle the ball.

Scharnowski, who averaged just 9.2 points as a junior, says the mental transformation began immediately after his high school season while playing with his Breakaway club basketball team.

The easy-to-see tools were there. But last spring it turned into mass production. He went from being a valuable and hard-hitting role player with his high school team to a go-to player with Breakaway.

“I think the first AAU tournament of the spring in Wisconsin, I had 20 points in a game and I thought, ‘Wait. I wasn’t doing that kind of stuff during the season,” Scharnowski said. “It was a step up in the AAU competition and I thought at that point, ‘Okay, I can do this. Keep it up. My confidence really took off from that point. -the.

Projected as the best player in the City / Suburban Hoops Report last spring, Scharnowski did not let go. Scharnowski’s point guard days in college helped him grow into a multi-faceted player at age 6-8 who has adapted so well to modern basketball.

He climbed the rankings –– Scharnowksi is a City/Suburban Hoops Report top 10 prospect in the senior class –– then exploded in June as he played with Burlington Central for both ‘live’ spells High School.

While Scharnowski is posting numbers and is now a prospect with substance, he’s also just beginning to build on his massive upside.

“I don’t think I have a clue what I can be as a player in a year, and I think that’s a good thing,” Scharnowski said. “It increases the excitement. I know myself and I know I’m going to work in this gym. I know what got me to this point, so I have to keep doing this.