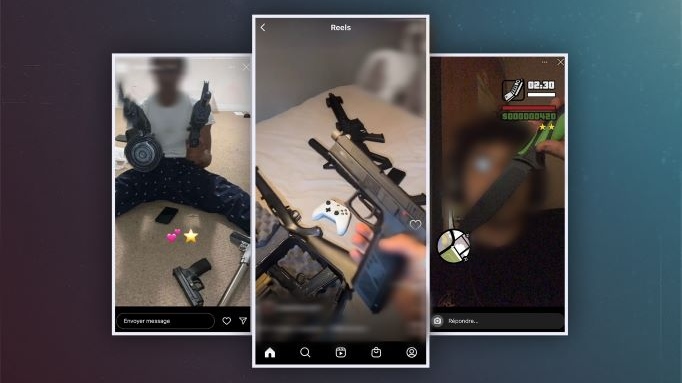 Quebec’s education minister said he was “very concerned” about the increase in gun seizures in schools across the province and the lack of reporting of such threats to police.

Education Minister Bernard Drainville was reacting to a Noovo Info survey found in major cities across Quebec, school administrators say they are witnessing an increasing number of weapons found in students’ backpacks and lockers, and sometimes items like knives and pellet guns are not reported to authorities.

In some cases, when the police are involved, he is handed several knives seized by the school administration who are waiting to call 911.

“We expect that reports of weapons in our schools will be duly communicated to law enforcement and school staff,” the education minister wrote in a statement Thursday.

A special education technician told Noovo Info that knives are seized weekly from students at her Greater Montreal high school, but the police are not notified.

“Why isn’t it declared? I can’t say. One thing is certain, when it comes to knives or pepper spray, management doesn’t declare it. The only time I saw weapons declared, they were fake guns,” Mélinda said. Noovo Info.

Mélinda is a fictitious name. CTV News agreed not to name her because she said she feared retaliation from her employer for speaking publicly.

Mélinda lamented the situation at her school, where she says information about arms seizures is often hidden from staff and spread by word of mouth among colleagues during their lunch hours.

“They tell us, ‘No, no, no, it’s fine in the schools’, but it’s not. I think people need to know what environment their children are in, and that needs to change” , she said, adding that students are reluctant. report their classmates to the school administration.

The Minister of Education @BDrainvilleQc has just reacted following my report “We expect that the information of seizures of weapons in our schools will be suppressed communicated to the police authorities and members of the school staff. » #noovoinfo pic.twitter.com/uNRNC4GYzC

“A picture of the weapons situation in our schools is critical and needs to be shared with police so they can take action,” he said on Twitter, adding that the safety of students and staff is “non-negotiable. “.

My colleague @BDrainvilleQc and I are concerned by this article. The safety of students and teachers is non-negotiable.
A portrait of the weapons situation in our schools is essential and must be communicated to the police so that they can act. https://t.co/nlyROzb9Dw

So far, no real weapon has been confiscated in the schools surveyed by Noovo Info, yet the types of weapons are becoming more and more diverse.

Teachers are ill-prepared to deal with such situations, according to another special education technician who asked that her identity not be published.

A 15-year-old student had an arsenal of weapons with him in order to resell them to students at his school in November 2021. (Source: Police de Deux-Montagnes)

She recalled an incident where one of the students at her school may have had a gun, but the principal kept the teachers in the dark about the incident and the staff had to get on with their day work as if nothing had happened. “We never knew if it was true or not. It was stressful,” she told Noovo Info.

“I get students in my office who have been stabbed, sometimes shot. I’m not trained for that. I had a case where the student was 14,” she said.

YOUNG PEOPLE ARMED TO PROTECT THEMSELVES

In a Montreal park, an 18-year-old student explained why he brings a knife to school and how common the phenomenon is where he studies.

“For real, everyone has it. It’s not scary,” he said confidently in an interview. He said he had them on him but never used them.

This knife, as thin as a credit card, was part of a seizure at a school in Deux-Montagnes, Quebec. (Source: Two Mountains Police)

Another student, Ryan, explained the reason for the possession of firearms on school property.

“People buy knives because they think people are going to attack them, but everyone has knives to defend themselves with,” he said.

Another student who spoke to Noovo said it’s not uncommon to regularly see children carrying guns on school grounds. In fact, they often brag about their guns while openly brandishing them on their social media accounts.

“People have them to defend themselves, they want to avoid being attacked,” he said.

When asked whether or not they considered the consequences of bringing a gun to school – a Criminal Code offense – “there are no consequences,” replied a third student.

In response to the Noovo report, the Lester B. Pearson School Board said it has a policy in place to contact police when student or staff safety is “threatened.”

“Our normal practice is to request police intervention in such situations. Disciplinary or corrective action may be imposed on students and employees for any act of violence or threat to the safety of others,” a doorman said. -the council spoke in a statement to CTV News. .

The spokesperson also said that the board has a formal agreement for police presence in schools, which “specifies the obligations of each party with regard to searches, seizures of property and any other intervention in the school environment”.

An example of some weapons found in seizures in Quebec schools in recent years. (Source: Noovo Info)

It is difficult to get an idea of ​​the extent and frequency of the problem in local schools. Some police forces said they would need to process a freedom of information request to extract all data on school gun seizures, while others said they were classifying guns. differently from other agencies.

Some police departments that could provide clearer data. For example, in Repentigny, police identified 17 knives seized from schools as of October 11, 2022, an increase of 15 weapons compared to 2019.

In Montreal, official SPVM data indicates that only two edged weapons have been seized so far this year, but the number is likely much higher.

In nearby Laval, 10 weapons have been seized from schools this year, while in Longueuil, officers seized seven weapons, including three pellet guns.

The past year has been marked by a series of violent attacks in Montreal schools, including the stabbing of a teacher at John F. Kennedy High School in December, who survived the attack, and the stabbing death of 16-year-old Jannai Dopwell-Bailey outside the program. Mile End High School in the Côte-Des-Neiges–Notre-Dame-De-Grâce borough of Montreal.

With files from Marie-Michelle Lauzon of Noovo Info