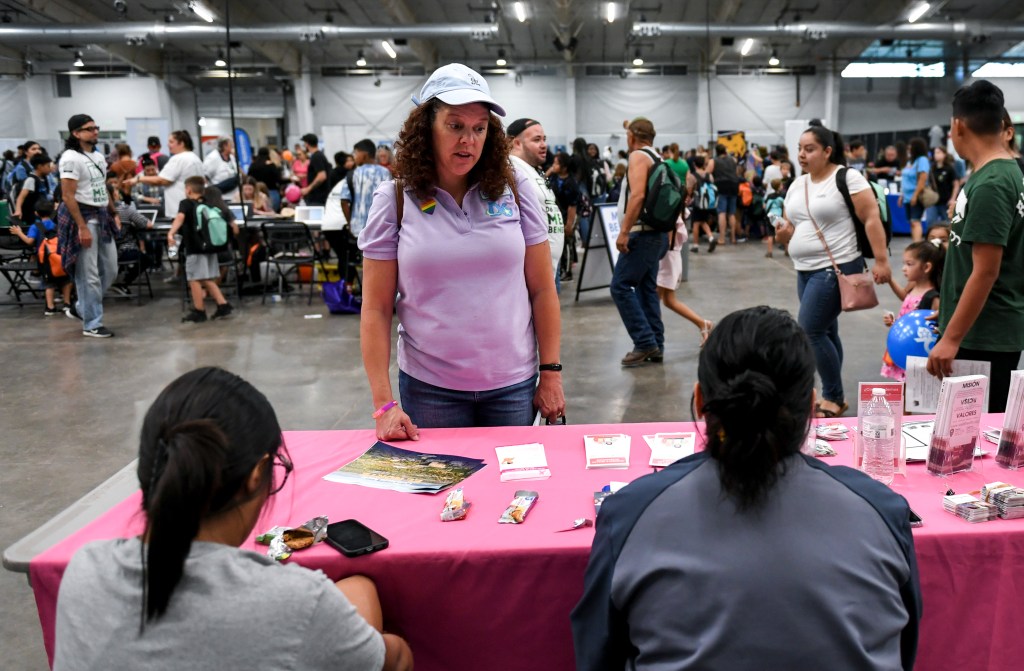 On an evening when the Greeley-Evans School District officially announced the impending resignation of a board member, the district on Monday heard several citizens express their displeasure over a variety of issues, including the board’s response to an emotional meeting over early this month.

Board member Pepper Mueller, who was elected in 2019, confirmed her resignation in August after raising the issue with her fellow board members earlier this summer. Mueller’s husband, Brad, a former City of Greeley employee, accepted a job with the City of Boulder in May and the family will be moving to Boulder in the near future.

The board will declare the Mueller headquarters open at its next board meeting on October 10. Candidates for the seat will meet with the board two weeks later on October 24 for an orientation session to learn more about the volunteer position.

The board will hold interviews Nov. 1 and 2, depending on the number of applicants, and announce the new board member Nov. 14, District 6 Superintendent Deirdre Pilch said at Monday’s meeting.

All such meetings will be public.

Monday afternoon’s executive board session on public comment was mentioned by at least one district resident who opposed the decision and who spoke during the revised public comment. Pilch noted that it is entirely appropriate under school law for school boards to attend an executive session to receive legal advice.

At the end of February, the council increased the speaking time for citizens to three minutes and the change took effect at the end of March.

Council took action on public participation in response to comments from two district residents at a September 12 meeting.

The women approached the board that evening about books in the District 6 libraries which they believe contain material inappropriate for students. One of the women read a graphic passage from a book, while the other woman held up pictures from another book for the board.

District officials objected to the women’s decision to address the council in this way, while the district resident who read the book said she did not want to read the passage but the content was unmistakably inappropriate for being in a school library frequented by students who are underage.

The Board of Education’s decision to hold an executive session on Monday wasn’t the only issue the district has been called upon to address.

On Monday, council heard from several other district residents on a range of issues. And while some of the comments from residents were supportive of the district, many were critical of the district.

Support for district residents Sonia Miller and Jamie Weber, who spoke to council about the books on September 12 – and two gentlemen who demanded an apology for Miller and Weber.

Concerns about teaching critical race theory, social-emotional learning, and child sexual grooming from Cain Young, the founder of Task Force Freedom. Young, who spoke to the Thompson School District Board of Education earlier this monthsaid the group had found more than a dozen pornographic books in the neighborhood.

“We’re not interested in banning or burning books,” Young said. ” Not one. The simple solution is to secure those books, isolate those books somewhere where all those students can’t access them. And then you can have parental approval.

Questions have also been raised about the district’s new technology to track students on buses so the district knows which students are on which bus at any given time. Tracking technology allows the district to have this information for daily routes, field trips and sporting events.

During a presentation to the school board during a September 12 working sessionSupport Services Assistant Superintendent Kent Henson said the decision to implement the technology was the result of a District 6 bus involved in an accident in July 2018.

Henson told the council that a paper with a list of students on the bus lay in a cornfield after the crash and it caused a lot of confusion. Henson said the district took the time to research software to go with Infinite Campus, which is software that gives parents real-time access to school and district information.

The new software for student transportation is called Traversa, and it also allows the district to plan district-wide routes as the system sees changes in the number of drivers and allows for route changes.