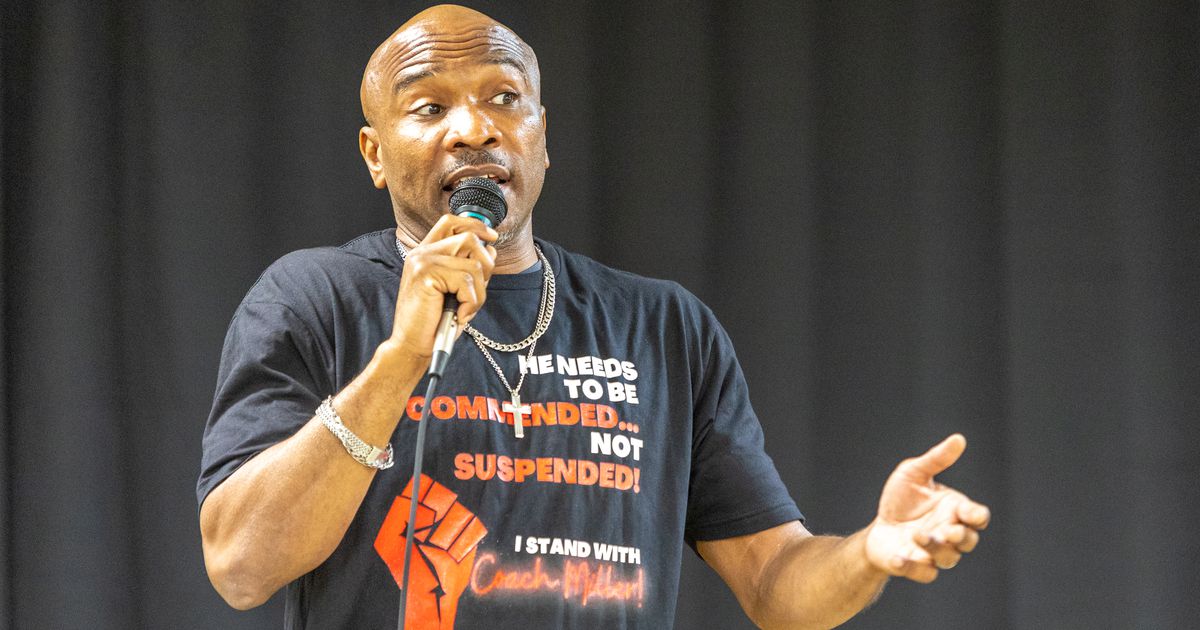 Looney originally planned to fire Miller, but later reduced his sentence to a suspension. A hearing officer listened to Miller’s appeal in March and recommended Looney maintain the suspension.

In a statement to the AJC, the district said a hearing officer “determined that Mr. Miller’s actions constituted, among other things, insubordination, willful neglect of duty and unprofessional conduct. , and that a 20-day suspension was appropriate and warranted.”

Hearing officer Brian Burgoon wrote that the video shows Miller grabbing the student by the shirt with both hands and pushing her against a wall. This “significantly escalated the situation, forcing the student to react even more aggressively,” he wrote in his review of the case, provided to AJC by Lightcap.

Burgoon dismissed Miller’s argument that he was defending himself. He wrote that while Miller was questioning the student about the location of a gun, the gun was not in the room during the altercation.

Burgoon determined that Miller reacted because the student snatched his cell phone from him and “not because he reasonably believed he feared for his safety.”

But Lightcap argues that the search for the weapon was at the heart of the confrontation: “There is no greater danger in schools than guns.

Miller wants to return to his job at Tri-Cities. The district did not say where he will be assigned after serving his suspension.

Lightcap called Fulton’s appeal process “one-sided and legally insufficient” because he could not call witnesses or produce evidence. They now plan to challenge the decision in federal court.