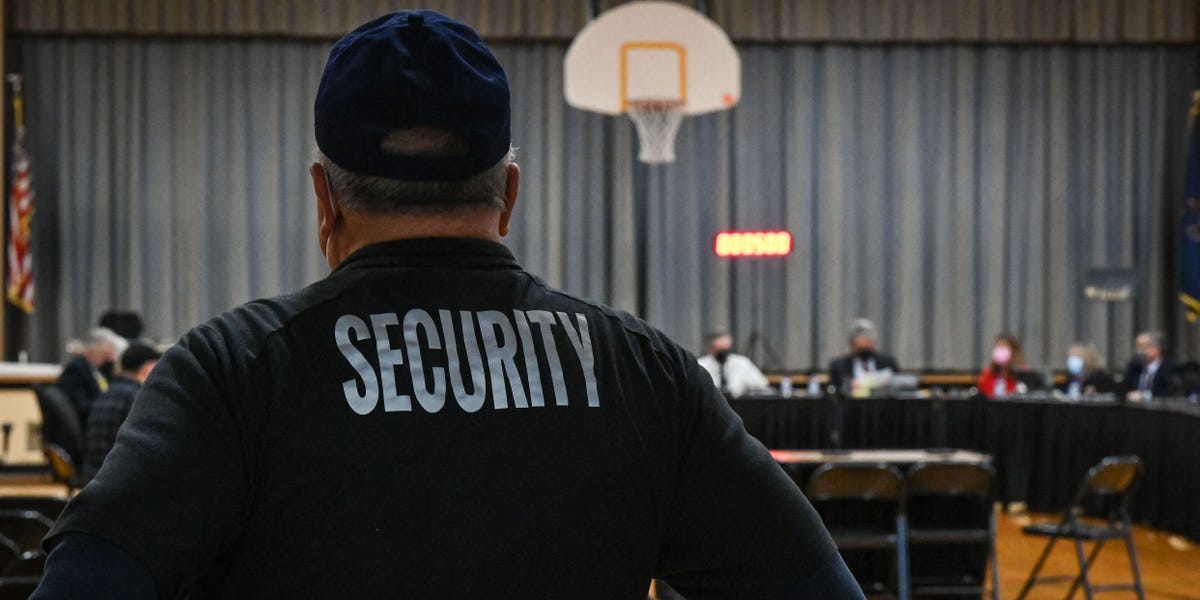 The family of a 12-year-old girl who suffered a traumatic brain injury after being restrained in an unlawful chokehold by a school security guard is suing the Kenosha Police Department and school district for damages following the ‘incident.

“On March 4, 2022, a grown man lost his temper and suffocated a child until he suffered a traumatic brain injury. Officer Shawn Guetschow violated Wisconsin criminal and civil law by holding his knee against the neck of a twelve-year-old girl from Lincoln Middle School,” read documents shared with Insider by family attorney Drew DeVinney.

Guetschow is seen in school cafeteria security video breaking up a fight between two students by using the chokehold maneuver for nearly 25 seconds on 12-year-old Jane Doe before handcuffing her and removing her from the room.

“Officer Shawn Guetschow told investigators he ‘passed out’ and had no recollection of dragging Jane Doe to the floor, banging her head on the hard tiled surface, or s ‘being put on top of her and choking her with his knee,’ the document shares. with Insider added in a footnote.

The family intends to sue Constable Guetschow, as well as the police chief, city clerk, and Kenosha Unified School District for the maximum compensatory and punitive damages allowed as a result of the incident, which led to a TBI “the outcome and consequence of which are still unknown at his young age,” according to documents shared with Insider.

Jane Doe is also charged with an unspecified crime related to the incident at Guetschow’s request, according to the document.

“In pursuing charges against Jane Doe, the Kenosha Police Department is attempting to criminalize an innocent child to justify the unjustifiable,” reads the document shared with Insider. “We fear this is a concerted effort to silence a victim of police brutality and to deflect blame. Jane Doe is an innocent victim and will defend herself against these baseless accusations.”

The Kenosha Police Department and School District did not immediately respond to Insider’s request for comment.

RSUBEB in synergy with CIPC on basic school management