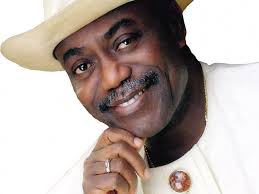 The OPA University of Medical Sciences, located in Port Harcourt, the capital of Rivers State, has been thrown into turmoil and uncertainty due to a major disagreement between the school management and the parents of students.

Parents are railing against the leadership led by Vice-Chancellor Professor Michael Diejomoah over an unexpected upward revision of tuition fees for the 2021/2022 session which has already begun.

According to the findings of Economic Confidential, all calls from parents to make school management reason with them and reverse the sudden increase have fallen on deaf ears and the resulting crisis situation threatens henceforth the school future of the pupils.

The University has fee-paying students funded by about 38 parents and others who are on state government scholarship.

Our correspondent found that students who are not from Rivers State and who do not benefit from the scholarship face constant and arbitrary increases in tuition fees and relentless threats of school dropout.

One of the affected stakeholders who spoke to us on condition of anonymity has this to say:

“The tug of war has to do with an upward revision of mid-term fees mainly for medical students (in particular) and other categories of students with a revision of MBBS student fees attracting the higher of N2,145,000 (Two Million, One Hundred and Forty Five Thousand Naira) in addition to the N4,000,000 (Four Million Naira) that was paid by paying parents at the start of the 2021 session in June 2021.

“In 2021 alone, parents paid 8,000,000 Naira (eight million Naira) for their children/wards to cross that year, but an additional 2,145,000 Naira is demanded in this current Nigeria where everyone crosses hard times!

“And this is after students were released from full payment of N4Million Naira for the same 2021/22 term.”

According to our findings, the school management’s original plan was to prevent failing students from resuming after the Christmas party, but after an appeal from the students’ union, the VC only allowed affected students to resume. after having signed the commitment to pay no later than February 21. , 2022.

The parents, however, are now campaigning for the sudden hike to be reversed altogether, saying it is not only unfair, but also runs counter to the country’s economic realities.

In his response to parents when a call for the fee to be waived was made on January 3, 2022, the Vice Chancellor via email titled ‘RE: TUTION FEE STATUS AND OTHER MATTERS dated December 31, 2021 insisted on the fact that “Board and management have given very careful consideration to the recent increase in tuition fees. The decision has been taken after due consideration of the economic circumstances currently prevailing in the country. A change or revision is not possible .

In the meantime, all efforts by the parents to meet the owner of the school, Dr. Odilli, have proved fruitless.

While Dr Odili reportedly met with some of the students and rejected their request for clemency to reverse the sudden and exorbitant increase, he refused to meet with the parents as the school management responsible to him continues to push for the N2.1m mid-session increment.

According to sources close to the parents, they are now seeking the intervention of the National Universities Commission (NUC), Governor Wike and all well-meaning Nigerians, to help convince the school management not to truncate the future of innocent students.

Lamentations of a Distraught Parent

A distraught parent who preferred anonymity told our correspondent how exorbitant university fees caused personal and domestic crises for him and other parents. He said he had been through hell before he could pay the 4 million naira tuition fee for the current session in June last year, only for the school authority to demand 2.1 million naira. additional naira while the session has not yet ended.

He said the school authority had encouraged pupils to sign a pledge with their parents’ signature when the Christmas holiday resumed in January that they would pay the excess N2.1million on February 21.

While calling on all stakeholders, the media and civil rights groups to come to the aid of parents and save the future of their wards, the parent told our correspondent that they had mobilized to march peacefully to the school premises and resist any attempt to send their children absent from school on the said date.

Our correspondent called the Vice Chancellor to hear his side of the story. The VC, however, became hostile when they learned that the man on the phone was a journalist.

Rather than answer questions posed by the reporter, the VC shouted into the phone and said he would not speak on the phone, ordering the reporter to come to his office. He claimed he had no idea who was on the phone even after a clear and unambiguous introduction.

Before the reporter could explain to him that in the age of technology, phone numbers are recorded and identification is easily done, the VC quickly ended the call.

Director of Student Affairs: As arrogant as he is hostile

Following in the VC’s footsteps, the Director of Student Affairs was equally hostile over the phone. He said he didn’t have to talk to the press, that the reporter should contact the VC.

Our caller informed him that the VC refused to talk, he urged him to come to the VC office and ended the call abruptly.

While the University does not have a recognized public relations officer (PRO) or spokesperson, our correspondent called Registrar I whose number was not reachable, as well as Registrar II who did not did not answer repeated calls and had not yet called back at the time. to file this story.