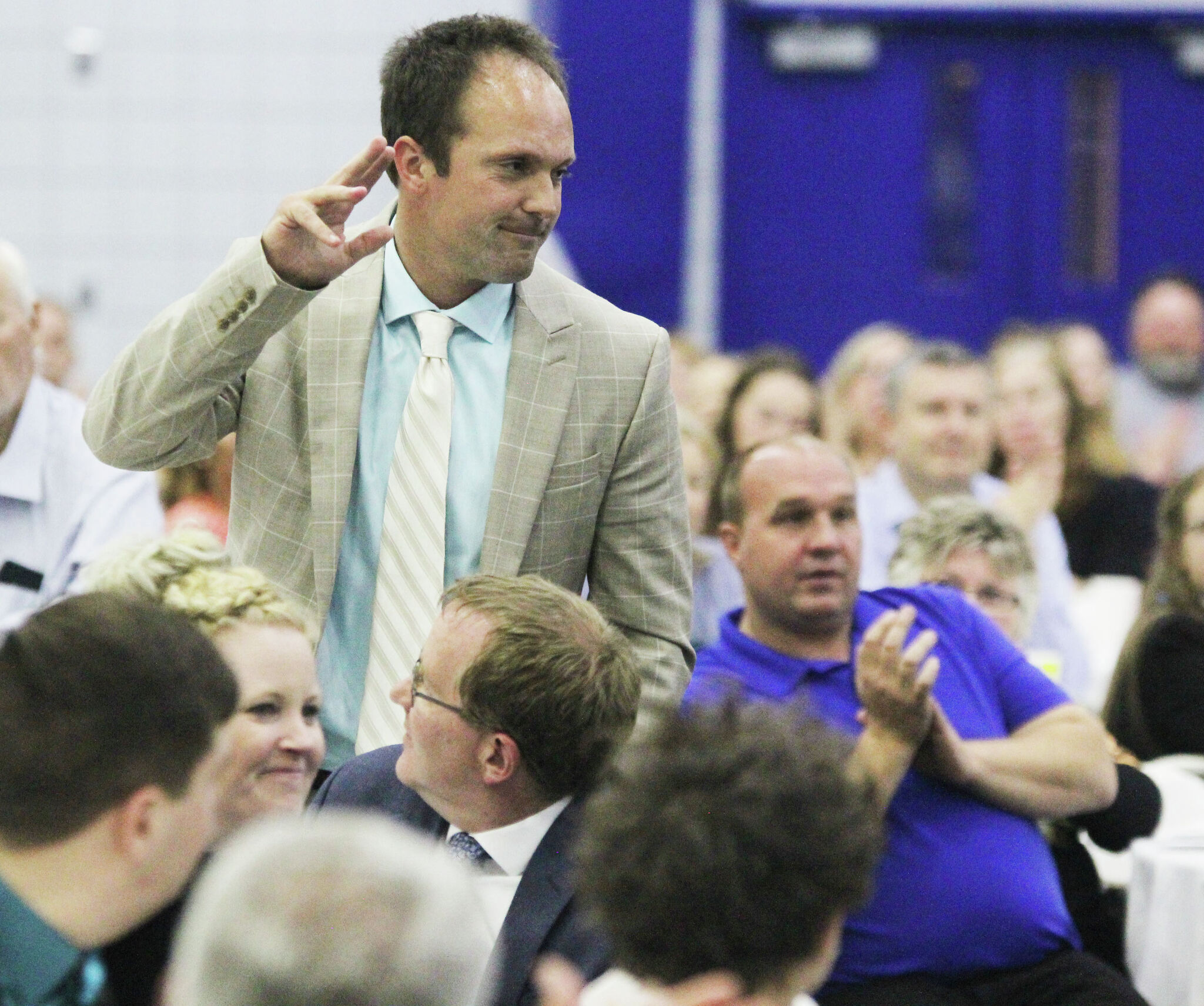 From teaching AP classes to driving a school bus, in five years, Doug Banwart – a teacher at Bunker Hill High School – has made an impact.

On Thursday, he received the Teacher of the Year award at the Silver Medal Academic Excellence Banquet held at Lewis and Clark Community College’s George C. Terry Riverbend Arena.

Before naming him, she described Banwart as a “true role model for her students”.

“He exemplifies all examples of a role model; character, integrity, hard work and lifelong learning,” she said.

In his recommendation for Banwart, Bunker Hill High School Principal Matt Smith said he “challenges his students to be academically, physically, mentally and emotionally strong, as well as to a lifelong interest and love of history”.

“In addition to this love, he also challenges his students to respect others, take healthy risks, be daring, set high expectations, and never settle for average,” Smith said. .

Another student wrote, “I believe that some people radiate positive energy in ways that others cannot. Some people welcome everyone with an open mind and an open heart, this teacher is one of those people.

In addition to his classroom work, Banwart is a bus driver for the district, leads a cohort of National Council teacher candidates, is a sponsor of the school’s Scholastic Bowl team, and is a basketball announcer.

He also owns a car detailing business, often employing college students during the summer; is a church youth leader and Sunday school teacher.

Banwart and his wife, Tricia, have five children, including two sets of fraternal boy/girl twins.

“It’s truly an honor to be here,” Banwart said after accepting the award. “I’m humbled, I’m honored, I’m privileged to be in front of you tonight. It was one of the few times in my life where I was completely speechless.

He thanked a number of people, calling his success a team effort allowing him to use a God-given ability to teach students.

“Five years ago, I was in a very different situation. I was in Southern California and I was going through a very difficult situation with the school where I was teaching, forces beyond my control,” he said. “I found myself packing up and moving my family 1,500 miles east to a school in Illinois at a school I had never met and people I had never known before. .”

He added that he was accepted “with open arms”.

“They really gave me the opportunity to grow,” he said.

He also noted that a number of his AP students were there, and he was “so proud” of them.

“They were the pioneers, they were the real student leaders,” he said. “You work so hard, I am very grateful to you.

“These students challenged me,” he added. “Challenged me to grow as an educator and professional in a way they will never know. I’m a better teacher because of them.