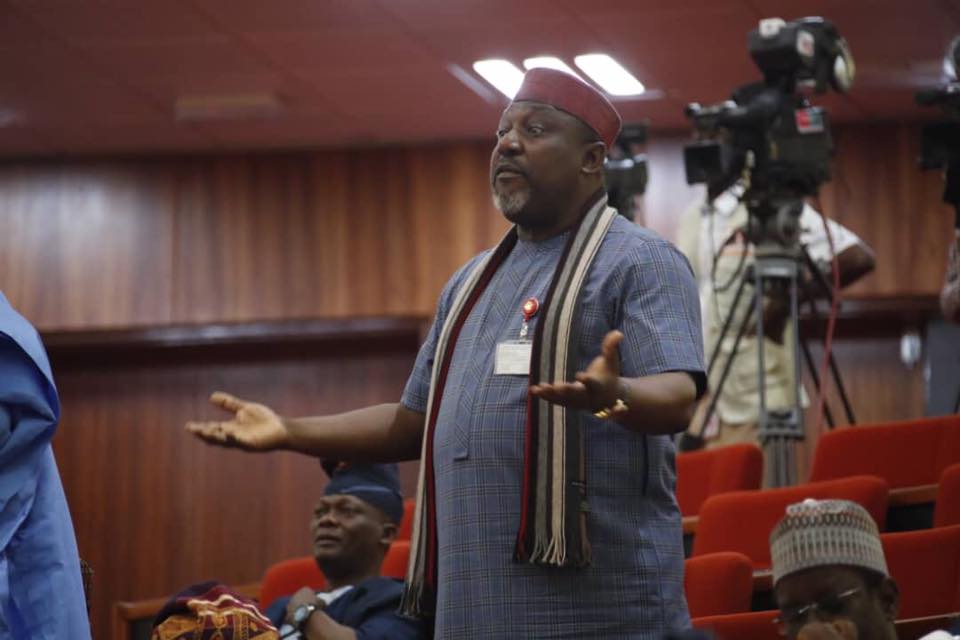 A high court in Owerri has ordered the final confiscation of properties allegedly acquired by “illegal means” by Rochas Okorocha, ex-governor of Imo State.

The confiscated properties are listed in the report of the Imo State Government’s White Paper on Land Reclamation and Other Related Issues.

In February, the court ordered the provisional confiscation of all properties related to Okorocha.

The court had also asked Okorocha to explain why a final and absolute confiscation order should not be made following a request made to it by Louis Alozie on behalf of the state.

But the former governor of Imo had asked a federal high court in Abuja to put aside order.

Okorocha had also asked Ahmed Mohammed, the judge, to prevent the defendants from investigating him or from implementing the recommendations of the commissions set up to investigate the previous administrations of the state, pending the hearing and the decision of the prosecution on the merits.

In his decision, Fred Njemanze, the judge, said Okorocha’s lawyer had not given concrete and verifiable reasons why a final and absolute confiscation order should not be made in favor of the government of the Imo State.

The judge said the complaint filed against the Imo government by Okorocha’s lawyer had not been properly dealt with and that there was no reason for the confiscation not to be final.

He added that the Imo government can go ahead and do whatever it sees fit with the properties.

The judge also ruled that people who could have bought the said properties were free to go to court to prove their titles.

Others are the P5 plot, the residential layout of Naze, originally part of the primary school management board but now annexed to the all-in-one, the Aba road owned by Nkechi Okorocha, and all the properties contained in the pages 226-272 of the government’s white paper on the recommendation. of the judicial inquiry commission on land administration in Imo State from June 2006 to May 2019.