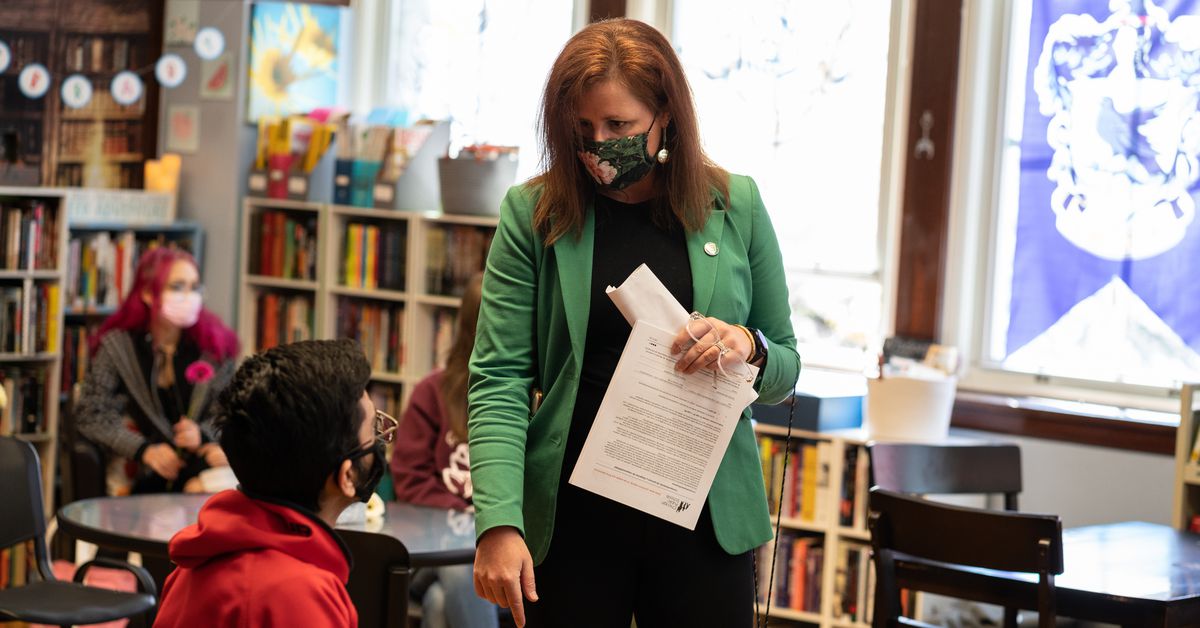 The latest push to unionize Chicago school principals has given new momentum this legislative session amid a spike in retirements and resignations and complaints about crushing workloads as school leaders lead their campuses through the COVID-19 crisis.

A bill that would give collective bargaining rights to school principals passed the House on Tuesday evening by a vote of 63 to 35. The bill – HB5107 – is now heading to the Senate where he will be assigned to a committee. If it is adopted in committee, it will be put to a floor vote.

In Illinois, managers were excluded from unionization because state labor law classified them as managerial employees. HB 5107 would change the definition of management employees to district employees who play a significant role in negotiating collective agreements.

Chicago Public Schools have historically opposed this effort, arguing that principals are classified as managers and not subject to unionization under state law. But the Chicago Principals and Administrators Association has long advocated for the bill, which passed the Senate executive committee last year but was not called to a floor vote.

“No one knows more about school management than school principals,” Troy LaRaviere, president of the Chicago Principals and Administrators Association and former Chicago school administrator said Wednesday morning, “and yet our experience and our opinions are routinely ignored by CPS district leadership when it comes to developing policies and offering solutions that impact the schools and students in our care.”

The association hopes that HB 5107 will give principals time to focus on supporting teachers and students, advocating for resources and staff, having a voice in policies and practices in schools, and ensuring that the district has a compensation model that will help more teachers become school administrators. , said LaRavière. The bill includes a no-strike clause to make it clear that Chicago managers want collaboration, not conflict, he added.

One source of tension for Chicago principals has been the contract between Chicago Public Schools and Aramark.

The district hired the privatized custodial company to clean the district’s school buildings, but parents complained about dirty classrooms – the garbage is not taken out, the floors are not cleaned and the bathrooms are dirty. The Chicago Principals and Administrators Association protested the Aramark contract, but the district continued to renew the agreement.

Some principals also expressed displeasure during a January standoff with the Chicago Teachers Union that came to a head after winter recess. They described feeling caught in the middle of the impasse and fielding calls from anxious parents while trying to staff school buildings on short notice in a bid to reopen buildings without unionized teachers.

“It’s really tough when we don’t have a voice,” between the union and district leaders, a manager told Chalkbeat in January, on condition of anonymity.

If HB 5107 passes and is signed by Governor JB Pritzker, Chicago will join districts such as New York, San Diego and denver where the directors have unionized.

In addition to HB 5107, accompanying invoices would create a competitive salary for directors (HB5405) and make changes to Chicago’s main eligibility policy (HB 4933).

In a recent statement to Chalkbeat, Chicago Public Schools said it values ​​the work of principals and vice-principals, but disagrees with them being classified as non-management employees under school law. ‘State.

Chalkbeat Chicago recently reported that 72 principals and vice-principals have left the district since July, more than the number who retired or quit in the 2018-19 school year.

At Wednesday’s press conference, Macquline King, director of the Courtenay Elementary Language Arts Center on the north side of town, described how her responsibilities have increased during the pandemic. Not only is King responsible for cleaning up her school, finding replacement teachers, and hiring and recruiting new teachers, but she has also had to implement COVID-19 mitigation measures such as the organization of vaccination clinics, identification of close contacts and alerting families of positive cases.

Principals’ responsibilities vary across the city based on school needs and resources, and their days can change abruptly based on availability to perform certain tasks, King said.

King hopes the union will create a collaborative environment between the district and principals so she has more time to focus on educators and students.

“Time is of the essence, time is my currency,” she said. “I need my time protected to ensure that future generations can succeed in the 21st century.”