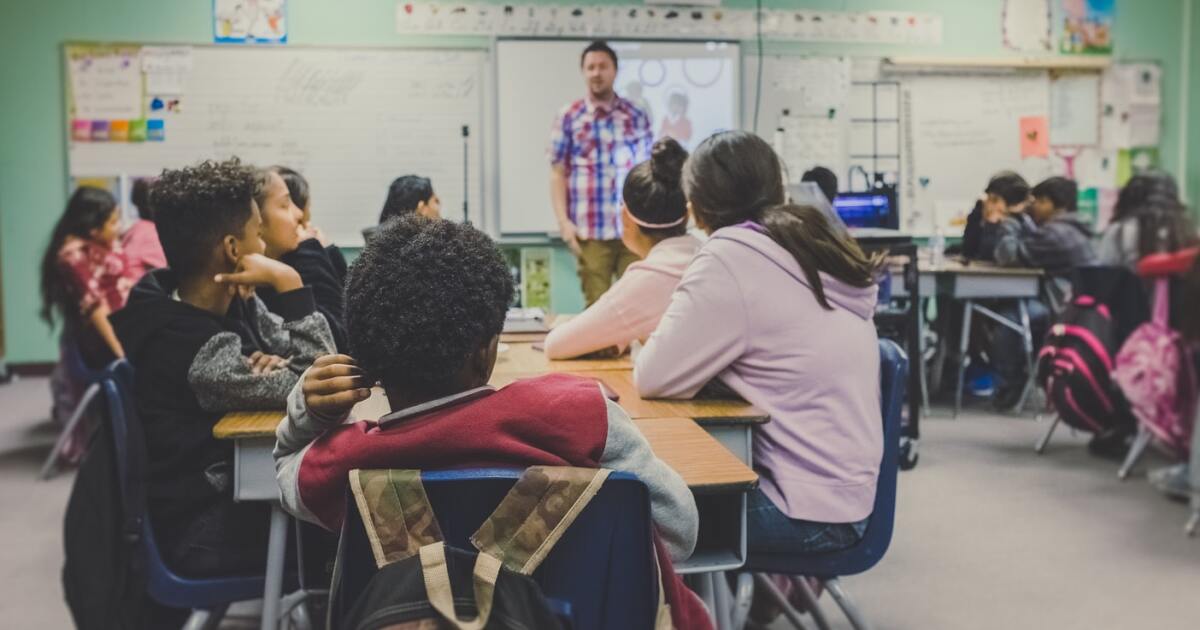 Tension is mounting over a plan to radically restructure how North Carolina teachers are licensed and paid. Proponents are mobilizing big names and a public relations campaign to promote the need for change. Meanwhile, a teacher at the Charlotte-Mecklenburg school says public records show these leaders put an end to educator concerns.

A draft proposal presented this spring would base the remuneration of teachers on the evaluation of their effectiveness, rather than on their experience and their diplomas. Planners say they are always listening to feedback and revising the approach.

CMS teacher Justin Parmenter, board member of the North Carolina Association of Educators, released public documents on his blog which detail efforts to create a public relations strategy and align high-level supporters. This includes a memo based in Raleigh Eckel and Vaughn PR firm touting “a more proactive media strategy that will help us better control the narrative” and notes on a discussion about scrapping an independent poll.

“I don’t think that’s what an honest and transparent political process should look like,” Parmenter said recently.

A draft of the “Pathways to Excellence” plan calls for the creation of an apprentice teacher position for those with an associate degree, with a path that allows them to progress while working with experienced teachers. And it introduced a proposed new salary scale, with advancement based on performance and willingness to take on additional duties as new teachers.

Julie Pittman, a former Rutherford County English teacher, works as an advisor to State Superintendent Catherine Truitt. Part of his job was to talk about the proposal to teachers across the state.

“I see a lot of mixed emotions and I like and dislike,” she said.

The North Carolina Association of Educators spoke out against the proposed plan. Pittman says she hears concerns about how teachers would be evaluated and whether the General Assembly would agree to fund higher pay scales.

But she says she also hears excitement about some aspects of the proposal. For example, top-rated teachers who coach other educators would start at $74,000 per year, compared to a current salary range that caps at just over $64,000.

“So I think this opportunity to have different kinds of leadership roles and really help affect and support beginning teachers is appealing to teachers,” Pittman said. “I think the opportunity for better pay is attractive to teachers.”

Look behind the scenes

Parmenter is one of the critics. While he recognizes the importance of identifying and rewarding the best educators, he is skeptical of plans to do so using state test scores or subjective evaluations from co-workers, principals and managers. students.

Parmenter followed the public discussions and filed public record requests for information about the discussions that were not open.

“I wanted to see what’s really going on behind the scenes that people don’t know about,” he said.

Complex story behind the push

In late 2018, an Atlanta-based group called the Southern Regional Board of Education helped North Carolina organize a Human Capital Roundtable seek ways to recruit better prepared and more diverse teacher candidates, assess and develop their effectiveness, and retain them in the field.

The ideas of the roundtable group were eventually passed on to the Professional Educator Preparation and Standards Commission, known as PEPSC. PEPSC was established by the General Assembly in 2017 to advise the National Board of Education on matters related to teacher preparation and licensing. It was the group that presented a draft proposal to the State Council in April.

What the documents show

Parmenter’s public recording applications have arrived a note from August 2021 on the efforts of SREB, the Human Capital Roundtable and Eckel & Vaughn to create a coalition called UpliftEd to “raise broad awareness and support” of the new licensure strategy. He reported that former Governors Jim Martin and Jim Hunt have agreed to be Honorary Co-Chairs. The proposed co-chairs are State Superintendent Truitt, Edgecombe County Superintendent Valerie Bridges and John Belk, who chairs the Charlotte-based Belk Foundation.

Parmenter also asked who was paying Eckel & Vaughn, but was only told that it was not the Department of Public Instruction.

This week, a representative from SREB told WFAE that SREB had hired the company, using money from a grant from the Belk Foundation.

Parmenter also obtained a note from April 13 from Eckel & Vaughn, sent shortly after the draft proposal was sent to the State Board of Education. It details a “proactive media strategy” described as “imperative to ensure the proposal gains enough support to become legislation”. This includes interviews with former State Teacher of the Year Maureen Stover in statewide media and an op-ed by Belk for The Charlotte Observer. Stover is described as someone who can earn “the trust of educators across the state who are still skeptical about how they fit into the new plan,” while Belk is described as someone who ” will speak to the wider business community”.

There is also notes from a March 30 call this included Truitt; State Board of Education member Jill Camnitz and Greene County Schools Superintendent Patrick Miller, who chairs the PEPSC commission. The notes describe efforts to shut down the publisher of EdNCan electronic news site, to investigate the proposal.

The notes indicate that EdNC’s editor, Mebane Rash, had offered to investigate the licensing proposal and indicated that she would do so even if the members of the human capital roundtable were not present. Okay. According to the notes, Miller described Rash as “out of his way” and his plan moving forward as “a threat.” Truitt said she would follow up to “dissuade (Rash) from continuing” and spoke of the “noise of NCAE members pushing back against the incomplete model,” the notes say.

Rash could not be reached for comment; an automated email response indicates that all EdNC staff are taking July as “a collective sabbatical”. She has written on how EdNC takes a different approach to traditional journalism, focusing on “service leadership” and advocating for expanded educational opportunities and better performing public schools. EdNC staff sometimes work with education officials, but the site says it “will never allow anyone – our board, our funders, or the people and organizations we cover – to control the content we publish”.

In his blogParmenter described efforts to control the message as “slime marketing (and) dishonest spin”.

“This is to try to ensure that the widespread dissatisfaction of North Carolina teachers over this ill-conceived merit pay plan is kept under wraps until the proposal becomes official policy,” a he wrote.

The next day, Parmenter said he received a notice from the Department of Public Instruction telling him that to continue to obtain public records, he would be charged “several thousand dollars.”

DPI Director of Communications Blair Rhodes said Parmenter’s ongoing requests for tapes are lengthy and time-consuming for staff, and the state is exercising its legal right to charge for the time it takes to produce the tapes.

What is the message ?

Van Dempsey, dean of the Watson School of Education at UNC Wilmington, is a member of the PEPSC who will assume the presidency this fall. He says North Carolina currently has a patchwork of policies and programs to prepare, fire and compensate teachers.

“What all of this lacked,” he said, “was a design, an architecture for what the profession is in North Carolina.”

But that design remains a work in progress, Dempsey says. State officials say it could be more than a year before PEPSC has a final plan, which would then be debated and voted on by the State Board of Education. State and General Assembly.

Dempsey says Eckel & Vaughn staff spoke to him and “I didn’t get the sense that they secretly have a plan that’s going to be announced someday and we’ve all been duped and they’re preparing to come out and market this business change project.

Dempsey says that in higher education, it’s not uncommon to start blocking a marketing plan for an unfinished product. He says the marketing people told him they were starting to “script” the marketing process.

“But they’re not scripting the proposal because they don’t know what it’s about yet,” Dempsey said. “Nobody knows what it is yet.”

Parmenter’s blog posts have prompted queries from a number of media outlets. In response, the Belk Foundation issued a statement on Tuesday. It says the state must pave the way for more educators of color to enter the teaching profession, create advancement opportunities for all teachers, simplify the licensing process, and pay teachers to the extra work.

“The Human Capital Roundtable is an example of how thought leaders can come together to come up with new concepts that are then vetted through the state’s open democratic process,” Belk’s statement reads. “North Carolina has the opportunity to design a system that invites diverse and skilled educators into the profession, provides the support they deserve, and then gives them options to grow in their careers.”