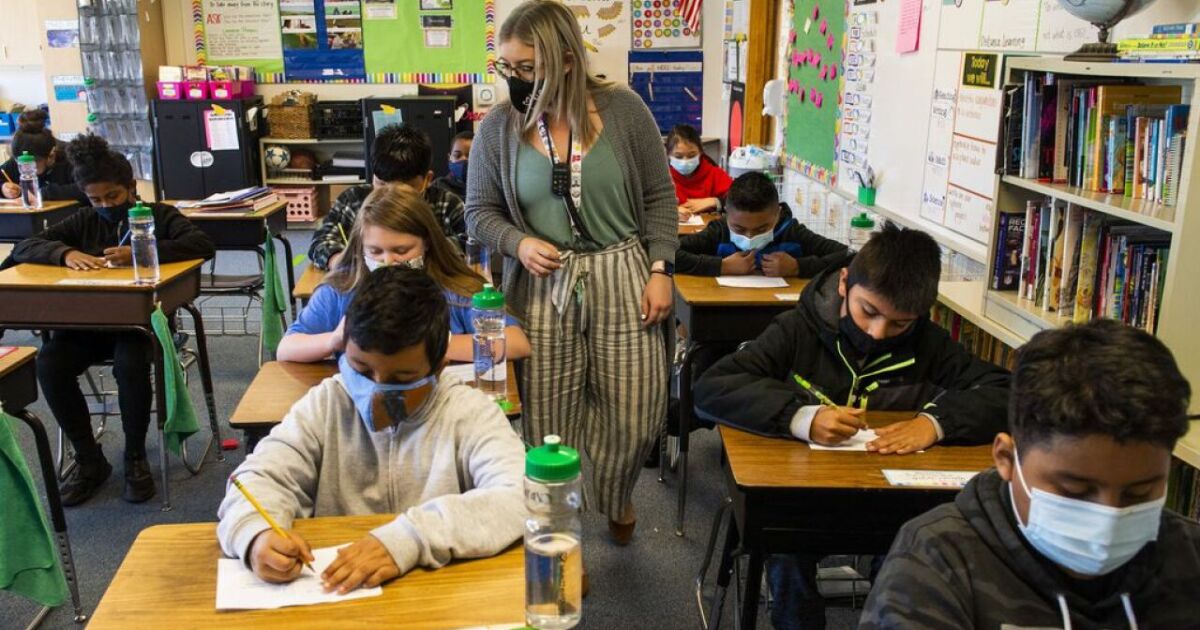 CACHE COUNTY, Utah – An unprecedented number of student and staff absences is forcing the Cache County School District to change its school schedules.

Earlier this week, the district announced that all schools would post 45 minutes earlierfrom Monday.

“On behalf of the teachers, they will certainly adjust their schedules and curriculum to accommodate the shorter teaching time,” Benjamin said.

For the nearly 1,000 teachers in the district, they will ultimately lose 45 minutes on in-person instruction, when their students leave early. However, they will save more planning time.

“Teachers will stay, and it will give them a chance to update Canvas, check in on students who weren’t there,” Benjamin said.

The district earlier this week pointed to high absenteeism rates as one of the reasons for the schedule change.

In a letter to employees and parents Tuesday, Cache County Schools said those rates were between 9 and 17 percent for elementary schools and 19 and 31 percent for high schools.

What makes the change a little easier, the district says, is that they’ve had this kind of schedule before.

The change will impact the approximately 20,000 students in the school district.

FOX 13 News asked if there were any concerns about students falling behind, with less time in class.

“You can go to high school and have four or five minutes less per class period, but what we gain is the ability for teachers to reach out and help students who have been absent, so you always weigh those two sides of things,” Smith said.

Those representing teachers say it will help ease the extra workload they have had to shoulder during the COVID-19 pandemic.

“The fact that the district has heard the teachers, heard the educators and the burden they feel — especially teaching during a pandemic — and to come back and give us the 45 minutes, is really appreciated,” Benjamin said. .

The district says it will continue to monitor its COVID cases and absenteeism rates.

They say they will reassess the shorter school calendar towards the end of term for their secondary schools. That would be late February or early March.

The Alpine School District also sought to make a similar change, but releasing it an hour earlier. Their The school board voted on Tuesday in favor of this decision. However, the next day they decided to put this on hold.

FOX 13 News contacted the district on Friday. David Stephenson of Alpine’s communications department said he will continue to research and review factors related to current employee fatigue so solutions can better address these concerns.

Stephenson added that a summary of the findings from employee feedback will be shared at the regular board meeting on February 8.