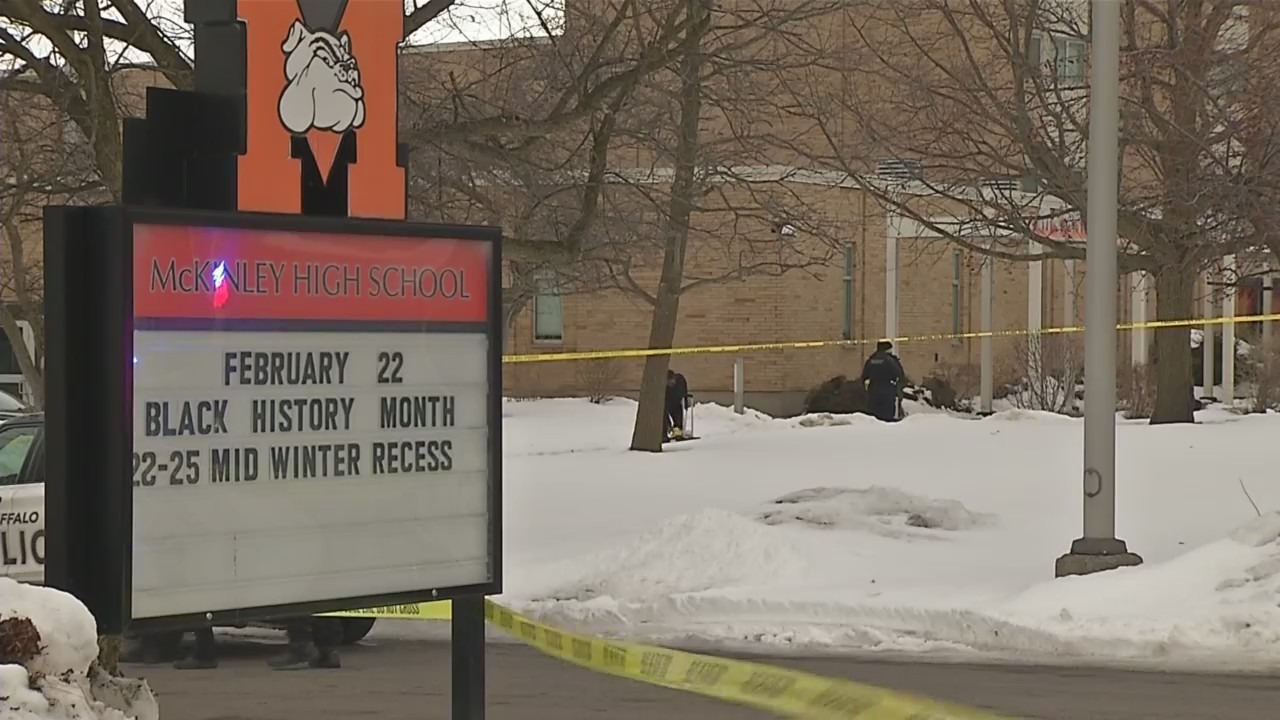 BUFFALO, NY (WIVB) – The Buffalo Board of Education will meet on Wednesday to consider hiring an “independent safety consultant” to investigate the facts and circumstances surrounding the fight at McKinley High School that ended in a student stabbed and a security guard shot dead in February.

According to a resolution obtained by News 4, the board believes it is also necessary to review security at McKinley High School and other facilities at Buffalo Public Schools. The resolution calls the investigation a “review,” which would be conducted under the supervision of Attorney General Nathaniel Kuzma.

The board will consider the resolution at a special meeting Wednesday at 5 p.m.

The incident happened on February 9 about 20 minutes after the dismissal. A 14-year-old student was stabbed, resulting in puncture wounds to his colon, diaphragm and kidneys, prosecutors say. A security guard who came to break up the fight was shot dead, authorities said.

Two 17-year-olds are facing charges in connection with the incident. One is accused of being involved in the fight that led to the knife attack. The other is accused of shooting the security guard.

Some students returned to McKinley High School for the first time since the incident Tuesday morning. Seniors are learning in person, while all other grade levels are learning remotely.

Chris Horvatits is an award-winning journalist who joined the News 4 team in December 2017. See more of his work here.