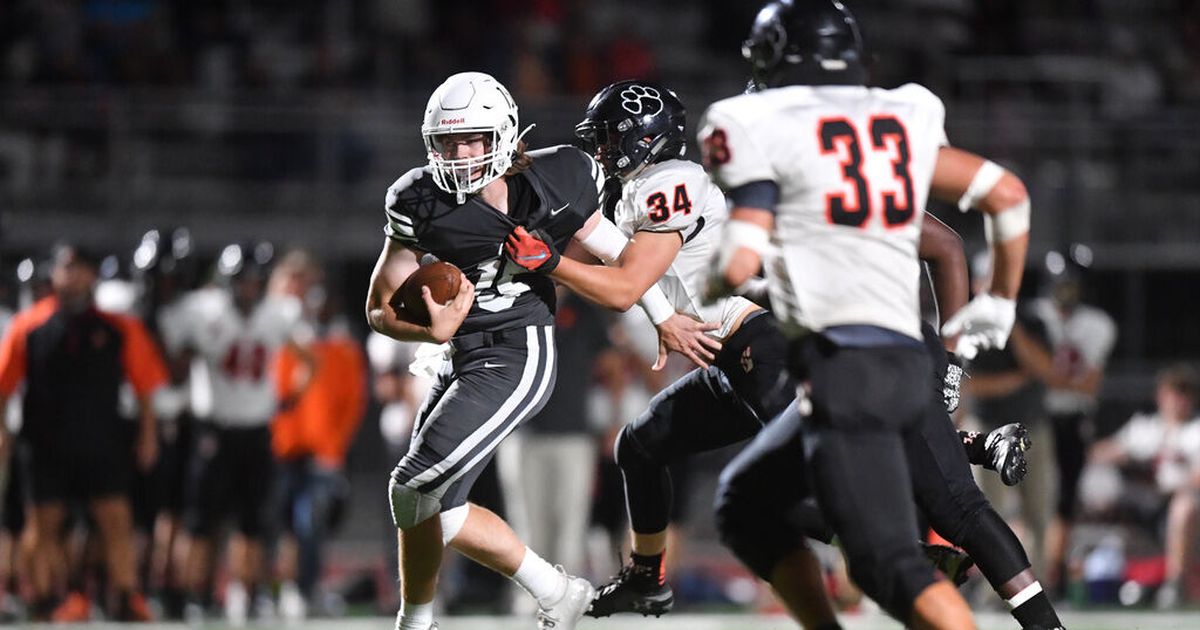 A Grip on Sports: High school football has its first full Friday night lights a day before college football does it again later

• We have activated SWX around 7pm last night just so we could say we watched the first game ever played at Ridgeline High. We’re weird like that. We like to be able to come back to such touchstones. It was worth it, even though the size difference between the host Falcons, made up mostly of sophomores and freshmen, and Lewis and Clark was substantial. And turned out to be the difference as the Tigers roared, 33-13.

We’ve also been keeping up with other games thanks to the magic of social media – Twitter is our favorite app – which has allowed us to see young men we’ve known for a long time excel. And made it easy to mention those great times to friends, via SMS. None of this is something even this 14-year-old sci-fi enthusiast never imagined.

Then again, at 14, I never imagined that I would have to stay up until midnight to see the end of a college football game. And I have known many of them in the decades since.

Of all the changes to a sport that I have loved and loved for over 50 years, this is perhaps the one that bothers me the most. The proliferation of late night games. Oh sure, there has always been light play. I remember watching a game with 83,985 of my closest friends at the Coliseum in 1973 between USC and Oklahoma that started late for TV. It was a lot of fun – a 7-7 tie between teams John McKay and Barry Switzer – but coming out of the Coliseum parking lot late on a Saturday was not.

And the fun factors haven’t changed since.

A Washington State game that ends at, say, 6 p.m. is much easier to enjoy than a game that ends around midnight. The return to Spokane, where many Cougars fans live and have to visit on game days, looms over you throughout the fourth quarter. And that’s why Martin Stadium empties a bit on the south side – departures on the north side are another story – before the final honk.

But college football is no longer just about fans in the stands. This has not been the case for decades. Like most live sports beyond high school, this is notably a TV show with an ever-changing cast of characters. And constantly evolving storylines. The endings of Cliffhanger and the occasional boring similitude. Ratings matter. So make empty streaming windows. The west coast caters to the latecomers. And schools with fewer fans fill the last.

So take advantage of the 8pm kick-off at Pullman tonight. The stands of the Martin stadium will be full. Mainly because there were almost two full calendar years between games with licensed fans. And Cougar fans who don’t make the trip will be glued to their TVs. At least for half.

• We will be stuck in our Laz-e-Boy until the end. Regardless of the outcome. And then we will publish our TV Take. We’ll be listening to former Oregon football player Jordan Kent on the play-by-play. And analyze the analysis of former Notre Dame coach Dob Davie.

This is what we do. And that’s another thing 14-year-old Vince never imagined. WSU: Who will win tonight? Colton Clark has his first prediction as the writer of SR’s Beat Cougar. He has Washington State and covers the gap of 17.5 points. … Colton also gets a preview of the game with the unpredictable Aggies and his two-minute drill. … The Cougars’ best offensive lineman, and perhaps their best player, is featured in the Seattle Times. … Elsewhere in Pac-12 and college football, what does George Kliavkoff mean when he says the conference will do everything possible to help his best teams succeed? Jon Wilner answers that and more in this mailbag from Mercury News. … Colorado opened its season last night, hosting northern Colorado. The good news? The Buffs won 35-7. The stands were full. And Ralphie VI ran for the first time. … Washington welcomes Montana and former UW assistant Bobby Hauck. And the Huskies will welcome the beloved helmet car once again. Who says there isn’t enough money to pay players? … If Oregon State is to disrupt Purdue on the road, the defense will need to play as well as they did last season. … Oregon could look beyond Fresno State this morning. If the Ducks are, it could be a long day at Eugene. … Stanford has decided on their starting quarterback against Kansas State, although Jack West and substitute Tanner McKee will both play. … California have decided not to sign quarterback Carson Strong. The Bears are hoping the Nevada star won’t make the decision about them today. … USC and Drake London can’t afford to lose to San Jose State. But the Spartans are not the game they were when the non-conference game was agreed years ago. … Utah won Thursday, but there’s a lot the Utes need to work on. … The same could be said of Arizona State and its victory on Thursday night. … Arizona takes on BYU in Las Vegas, hoping to upset the Cougars who appear to be heading for the Big 12.… The biggest game this afternoon is at the Rose Bowl where UCLA is trying to make a statement on itself and the conference against LSU. … In basketball news, the most recent hiring of assistants in Arizona adds a lot of experience to the staff at Wildcat.

Gonzaga: We waited for everything to appear online and it does this morning. Athlon Sports has its glimpse Gonzaga, a preseason All-American team with two mentioned Bulldogs and the Zags screened as the first seed in the NCAA tournament. 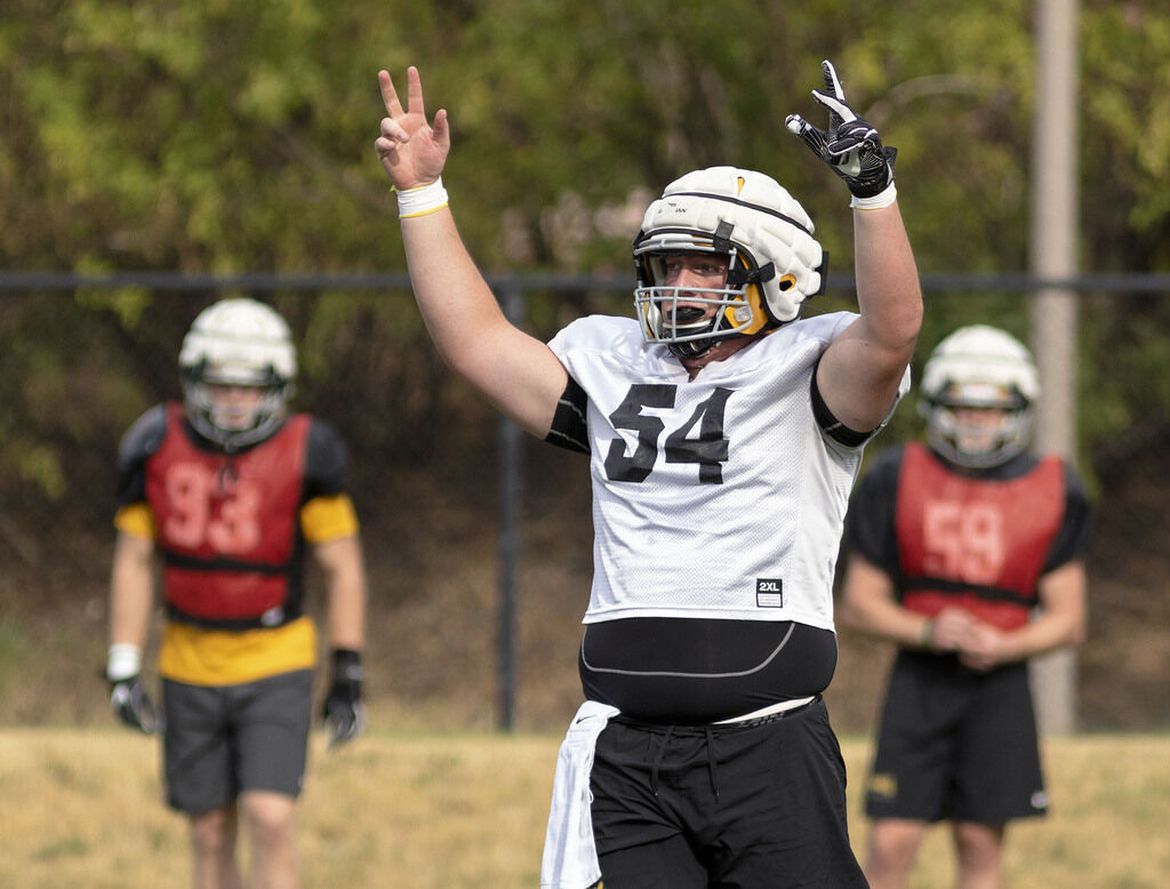 Idaho: The Vandals open their season this afternoon by hosting Division II Simon Frazier. The Clansmen have had an affair before, because getting to Moscow from British Columbia during a pandemic has to be called, in a way, an “adventure”. Peter Harriman has that glimpse. … Around the Big Sky, the State of Portland opens the season in Hawaii. There are worse places to play this time of year. … New UNC coach Ed McCaffrey was not unhappy with the way his team played in Colorado. … Montana State is hoping to say the same after playing in Wyoming today. … The state of Idaho is home to North Dakota.

Whitworth: The Pirates opened the season Friday afternoon, welcoming Carnegie Mellon, who traveled from Pittsburgh for the game. And the Tartans made the trip at least somewhat interesting, giving Whitworth all he could handle, although the Pirates won 13-10. Adam Chambers has this gaming story. 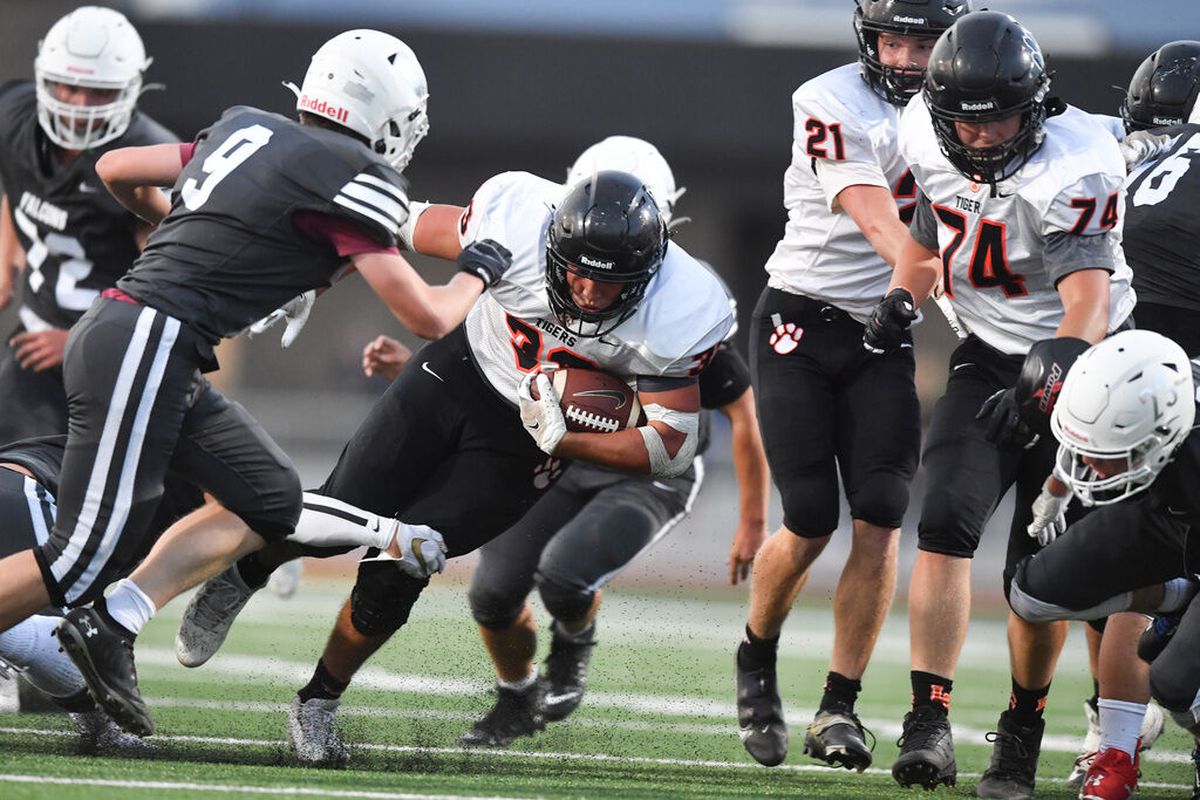 Preparations: Like we said, high school football is going on everywhere now. Dave Nichols decided to head to U-Hi, where the Titans hosted GSL favorite Gonzaga Prep. The Bullpups rolled, 49-0. … Steve Christilaw was at Ridgeline for the Falcons’ first game. … Dave also did a roundup of the other games across the region last night.

Indians: Spokane tied for first place with Everett on Thursday night. By the time the Indians stepped onto the pitch at Avista Stadium last night, they were all alone there. After the match with Tri-City ended, Spokane had a one-game lead over the AquaSox, thanks to their 5-2 victory. Dave has all the information in this story. Sailors: The M’s climbed on Jarred Kelenic’s hot bat – yes, I just wrote that line – to a 6-5 win over the terrible Diamondbacks in Phoenix. They remained at the heart of the hunt for wildcards. … It doesn’t look like Kyle Lewis will be playing this season. He is still in pain and cannot yet go to rehab.

Seahawks: The Ahkello Witherspoon era in Seattle didn’t last long. The self-proclaimed best NFL corner wasn’t even Seattle’s best corner. And now he’s in Pittsburgh. … The Hawks have packed their practice squad. And Pete Carroll made sure he got a star or two there as well.

Sirens: Seattle’s most recent assistant coach has met the media and said all the right things.

Kraken: The NHL will send its best players to the next Olympic Winter Games if the pandemic is over.

• Do you know what would be a good idea today? To get away from the television for a while and walk in the woods. Just a little getaway. Enjoy nature. Enjoy the peace. Spend a few hours not thinking about… oh, crud. I would miss UCLA and LSU. Forget that. Do not disturb me. It’s Saturday and it’s football. … By the way, happy birthday Tyler. Your mom went to work on Labor Day and I missed the end of the Rams / Cowboys game, when it mattered to me. I still love you though, then and always. Until later …