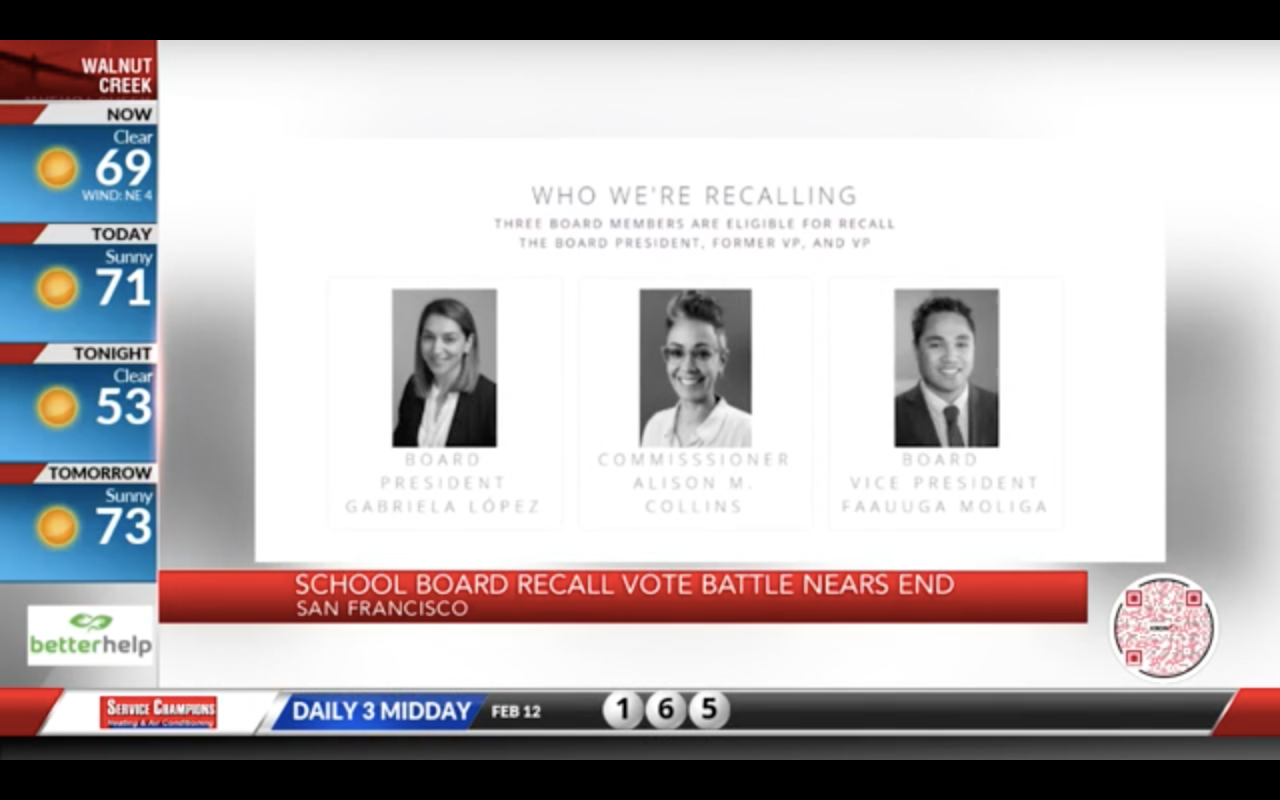 SAN FRANCISCO (KRON) — Three school board members from the San Francisco Unified School District are on the ballot for a potential recall.

The vote is in a few days.

There are last minute efforts by parents and volunteers before the polls close.

They were encouraging people to vote “yes” to recall three SFUSD school board members in the city’s special election on Tuesday.

“They put politics above education. They are hurting our children and we can’t wait to kick them out,” said event organizer Ann Hsu.

Hsu has twin school-age sons in the school district. She claims members vying for a vote recklessly prioritized renaming schools.

“Personally, I’m not saying they shouldn’t rename schools,” she said. “But not when you have a major crisis on your hands. You should know what takes priority when.

SFUSD Commissioner, Board of Education Faauuga Moliga is on the ballot.

On Saturday, Moliga’s campaign hit the streets asking voters to reject the recall.

In a statement, Moliga said: “This attempt to call me back is unwarranted. The arguments put forward by the promoters are false.

“I did nothing to justify an immediate dismissal,” added Moliga.

Late last month, SFUSD commissioner Alison Collins, who is also on the ballot, defended her record with KRON4 saying this.

“I was elected to really help the district deliver on its promise to families, especially ensuring that every student has access to a safe school, and that’s not just a few kids, it’s all of them. the children.”

KRON4 reached out to SFUSD Board Chair Gabriela Lopez, who is the third board member on the ballot, but she did not respond.